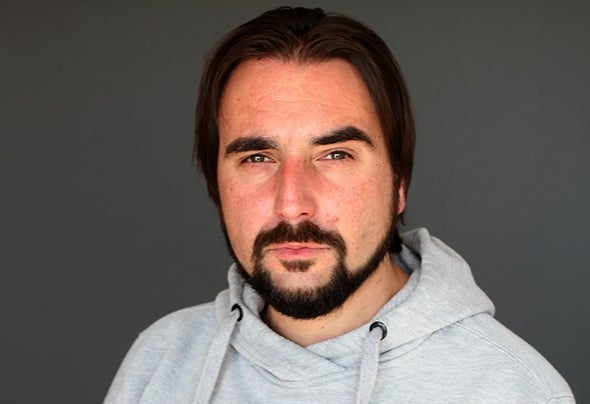 In 1987 Daniel Englisch (Amsterdam) got in touch with house music and was immediately hooked. Shortly after he started playing house and techno under the name dj Diablo. He played at venues like Paradiso, Melkweg, Lichtfabriek, Effenaar, Pand 14 for Switch and festivals like New Frontier, Dance Valley, Wooferland, several radio stations and in countries like France, China and Israel. He also had a residency in the famous club Mazzo together with one of his label partners, Ziv Avriel (Defuse Records). In 1997 he started producing and shortly after formed the live act Solid Fundamental with 3 of his talented friends, playing house, techno and electro. On the end of 2003 Daniel and one of his old band members, Rustig formed Eclectric. They had their first vinyl release on Solid Fundamental Records in 2003. From beginning of 2009, Diablo and Ziv Avriel started the techno label Defuse Records with artists like Ritzi Lee, Juriaan, Rustig, Dave Mech, Lukas Pauka and more. For the deeper side of music he and dj Adjust created the deep house label Cosmic Disco Records in 2011, receiving lots of praise from the media, radio stations and support from many famous artists. They also form the live / dj duo Zweistein together.