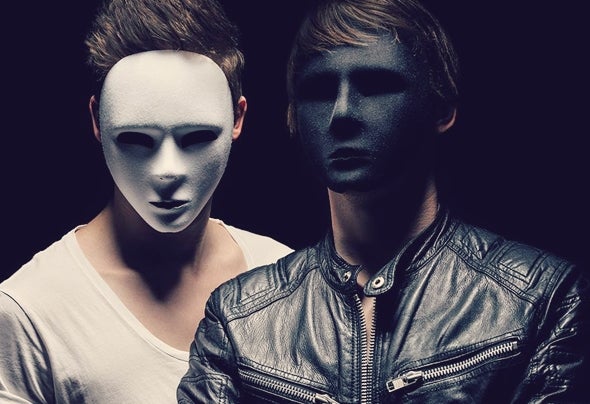 Based in Gothenburg, Sweden, EDM producers Daniel Larsson and Jim Axelsson have fused their musical talents into the electronic dance duo Agravic! In a very short time the two producers have shown the EDM world that they are something to really watch out for. Agravic is with their fearless determination, energy and innovative thinking, always pushing their music relentlessly forward. It's without a doubt safe to say that they are in every aspect tireless advocates of their art! So keep a watchful eye on these guys as they are poised to follow through with an arsenal of epic electronic rockets. Daniel is with his huge productions and love for heavy drops, the foundation of Agravic's sound. His interest in melodies and rhythms began in early age and it later evolved into an unbridled passion for music production. With his hard work and a bulletproof determination he's now built a big experience, remixing and released tracks for EMI, Warner, PR Records, Cosmos, Southside Recordings and Uniform Beats. Jim is with his talent for writing great melodies and creating characteristic sounds the key behind Agravics tracks. Growing up in a musical family and with a huge interest for electronic dance music, he began producing in his early twenties. With an innovative and creative mind he is always coming up with new ideas to evolve and push the emotions in Agravic's music forward.