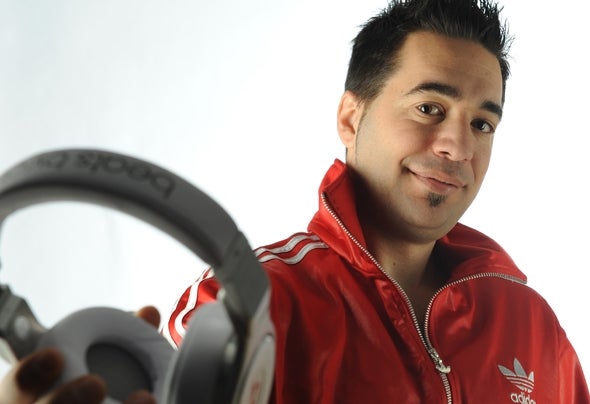 FRANCÌSCO JAVIER GUZMÀN RUANO,mostly known as FRAN GUZMAN. He was born in Murcia in1981. His interest for music started at the age of 13 years old. During this period of time,he worked different musicstyles such as dance,new styles and hardcore. Finally,in 2008 he focused on House Clud and Tech- house music. Fran Guzman has collaborated on different radio stations together with DJ LUISJO,one of the best electronicmusic presenters of murcia. In 2011,he also had his own radio show in LOCA FM. His sets,full of elegance and force,will make you danceand feel best sounds. One of his great achievement s was t o part icipat e in t he UMU 2011 Festival. This Festival attracted large crowds(over 15.000-20.000 people).Fran Guzma 's reference in the field of electronic music has benn his friend DJ LUISJO, who led him to get interested for house music. In 2011,Fran Guzman started a new way on the world of production collaborating with very well-known producers such as ANGEL PINA AKA DUBMAN F and JAVI RODENAS. Nowadays,he is the label manager of SOLGUZ RECORDINGS. The label counts on more than 20 nat ional and international artists. You can find all Fran Guzman 's productions on the best musical webs around the wold.