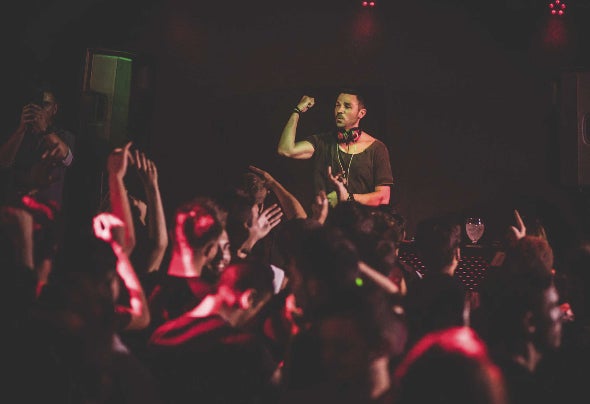 Since he arrived to Barcelona, Roberto has been working as a resident DJ in "Too Much", "Coppelia club" and from 2012 to 2015 resident Dj of CDLC (Carpe Diem Barcelona). this club is the local reference for the House Music in Barcelona where every Thursday he is also musically supervising the "Red Light District" club party hosting top level artists. from June 2015 he will be working on their new home Pacha Barcelona. habitualy in the Elektika party in Bataplan San Sebastian with all of top dj's (Hector couto, Ilario Alicante, Dennis Cruz, Cuartero...) By combining all types of House Music and making his DJ sessions very dynamics, Roberto leaves no one indiferent, which makes him a great example of a perfect club DJ. In many occasions. Having such a pure and personal style alternating a continuous groove in his sessions, as well as being able to give his own original and fresh adaptation to the typical music which we would normally hear in the clubs, Roberto has managed to play in some of the world's famous reference clubs such as Pacha Barcelona, Puro Beach Sutton and others clubs in Barcelona or the "Ushuaia" and Privilege in Ibiza. Working as a producer he make tracks for Glasgow Underground, Olatu Recordings and In Home music labels, with more of 50 tracks, normaly they are in the top 100 of the gendre in beatport and traxsource.