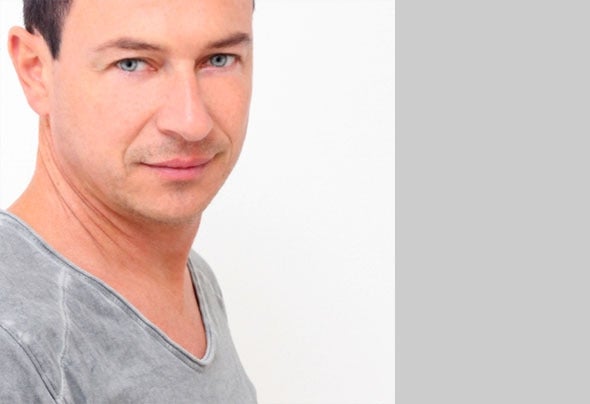 Italian DJ-producer Pietro Berti aka Dj Outwork; influenced by italo disco records, his unique electro sound has conquered dancefloors and club charts all over t he Europe. Bot h under his own name and under different pseudonymous he has released famous remixes such as ‘Summer Jam’ for Underdog Project and ‘Soul Sister Soul Brothers’ for Duke, as well as remixes for Rivera Project ‘Some kind of heaven’ and DB Boulevard. Italian testimonial for Pioneer Pro DJ since 1994, Pietro Berti has a deep musical background due to his long experience in touring around the Italian country. ‘Elektro’ is the hit released by Outwork featuring Mr Gee aka Glen White, the famous singer and artist who started his musical career in the 80’s, with the Heart and Soul band first and the Soul Fishers then. When he arrived to Italy he joined the Kano band as singer. Outwork feat. Mr Gee ‘Elektro’, originally released in 3 different versions, is actually played in the most important European playlists and in many superstar DJ’s flycases; like Bob Sinclar, Roger Sanchez, Erik Morillo, while Robbie Rivera did the remix and licences it exclusively for the Usa. Now ‘Elektro’ counts 10 different mixes and remixes. The track was the Ibiza 2006 ‘anthem and it was among the 5 top tracks of the year at the latest Miami IDMA. The track, released by Melodica on Tambour Label, has already been licensed worldwide... in Usa, Canada, Brasil, Uk, Spain, Germany, Austria, Switzerland, Portugal, Greece, Australia, Israel, Russia ... Among his recent credits include: Out of Time, Fiesta Elektronika, Thank God For Music, Up and Down, Emot ion... The single “Music”, which revises the cooperation already established with MR GEE, has received big positive feedback from the outset and is’ supported by many top DJs from around the world... In December 2010 “My Phone”,in January 2011 “Black rain” and in Marc 2011 “Driver” are released on Net’s Work Records. June 2011 ALP vs OUTWORK is come back wit h big project “Elektronik Bossa”always on Net’s Work Records,october 2011 New Gold Dream remake of the song of Simple Minds. May 2012 another big single Outwork & Eric Solomon – How Does It Feel, There's no word to define the enormous hype on t his new Out work Project ! We have had great feedback in miami at WMC wherein main A&R and DJS have quoted as "sky is the limit" for this wonderful song and solid pop production by OUTWORK. ERIC SOLOMON,already applauded well known nort h american pop act ,joins t he it alian t eam and draw up a laaarge song meant to reac peak times @ parties and playlist s!So just listen to it !!!