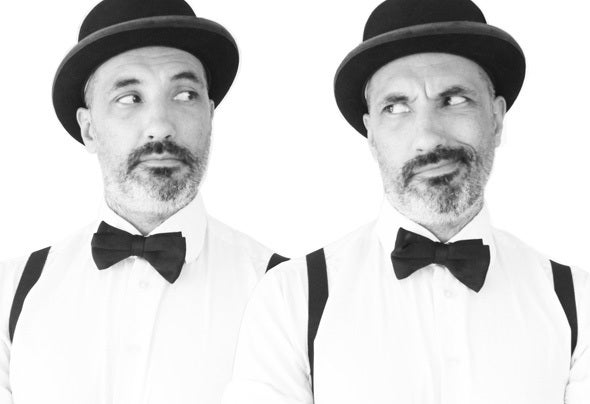 Carlos Mendes‘ Passion for Music began a long time ago he was only 17 when he started taping the „Top Ten“ of the week on Fridays Radio podcast Bayern 3, a local Radiostation in Munich, just to pass them on at Birthday parties or other events.Back then without helpful technical devise – no mixing desk, no turntables – he grabbed his HiFi tower with 300 W output line and winding the tapes to the right place to start playing music without mixing the single tracks with each other.In 1995 the artist was captured by the classical DJMixing or as you say „ BeatMixing“ when there were enough records in his Privat collection.At this time Funk-Artist and Bands like Cameo, Yarbrough & Peoples, Prinz, Cool and theGang, Marvin Gaye, Micheal Jackson and the Jackson Five played an important roll in his musical development.The music inspired Carlos more then 24 years, the Portuguese artist is devoted now exclusively to Electronic Dancefloor Music in their broad facets.First producer experiences he made in 2001. The skilled interior designer, was ask by a friend to decorate a studio for a music video. Immediately the 26 year old was exited about the multiple possibilities and different Instruments to create music.According to numerous reams of hours trying this and that at the studio fascinated by the options to create music he found himself in trance, completelylost in music. Tireless he worked on the miscellaneous sounds and beats until everything matched together„... but they will never be finished! he says ...From 2001 until 2003 Carlos lived on the Island of Mallorca, where he and a friend (Very known but he doesn't want to be mentioned) had the idea tolaunch the label called „ Disko Massaka Recordings“. Which predominant releases styles like Tech-House, House, and Progressive House.In spring 2003 he went back to Munich and took over the label 100%. Today „ Disko Massaka“ is the Mother-Label a total of three Labels.In 2007 Living Room and Carlos introduces the second Label „ GoodMoodMusic“ which includes the styles Chill out, New Jazz, Acid Jazz, as well as Drum and Bass. Only one year later in 2008 followed his 3. label called „ Diskoton“ back then with the idea of releasing Techno music, but as the market requires a more deep melodic music the main focus went on in a Deep Minimal way.With this three labels I cover the contemporary music market!“he narrated.After all as a resident DJ in international clubs; like Paraga Beach at Mykonos Island (GR),ArtDeco Mallorca Island (SP), or Prinzip Club Munich,or and as well since 2005 resident and main Booker for the well known Carpe Diem Beach(Croatia) the career for the Passion deejay is further steep on the rise.