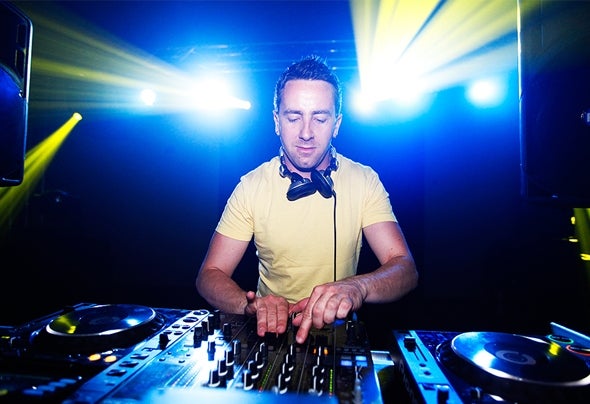 Ivica Petak a.k.a. D-Fence was born in 1983 in Zagreb (Croatia). Ivica started mixing in 2002. Providing music at local parties where he developed the skills he needed to captivate and control the dancefloor, mood, and feelings of all who came to listen.After 5 years of listening, learning, and absorbing the sounds of techno & other genres Ivica went to his first party. He was fascinated by the people and the atmosphere but also by a new approach to the electronic music scene.In the 2002 Ivica accuires his first turntables and mixer. After much hard practice and perseverance Ivica debuts himself to Croatian audience with his live mix on Croatian Open Radio. By the end of that same year he started organizing a parties. Then in January 2003 he started his serious residencies in legendary Croatian clubs Sokol and Tvornica. Ivica is now responsible for organizing events in several of the nations top electronic clubs.Ivica greatest influences are Cristian Varela,Ben Sims,"old" Umek and "old" Dave Clarke. These influences help mold Ivica’s unique style. Ivica’s style could be described as house,tech house and new modern techno. Inspired by the beats of electro, techno, and house Ivica mixes new funky sounds to tribal rhythms and creates a unique experience. By the end of 2009 Ivica starts to release tracks with his good friend Wyrus with alias "Wyrus and Ivica Petak".In the future, we can expect that Ivica will further his already great talent as he defeats all obsticles in his path.