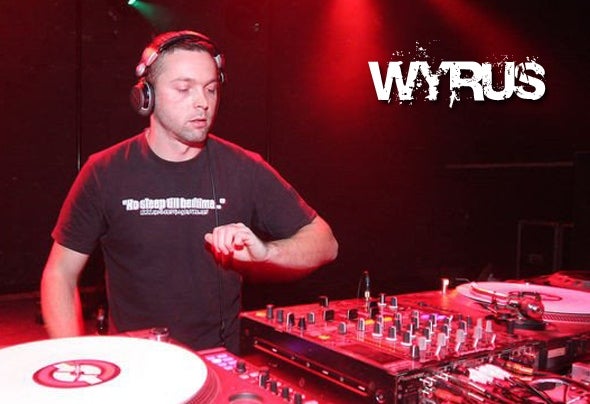 Wyrus’s passion for Electronic music first began in 2001 after going to his first rave. At first his taste in Electronic music was wide and over time his focus was drawn more and more towards Techno.Not too long after he acquired his first pair of turntables he earned himself a residency spot at a club in Croatia, over time he has had the pleasure of playing alongside world class DJ’s such as Dave Clark, Dave The Drummer, Axel Karakasis, Peppelino, Fer BR and Miche and Mirzinho. DJing not being enough for Wyrus’ fascination for techno music he soon after decided to take his talent and use it in the world of production after setting up his first music studio in late 2007. At first with his techno projects Wyrus had teamed up with polish artist Dastin and by February 2008 they had their debut release here on Sub Cult SUBCULTEP09, with track Curso De La Vida. This track was one of their first hits getting the attention and support from some of their favorite heroes like Pedro Delgardo and Christian Varela. So far Wyrus has remixed tracks by producers like Pedro Delgardo, Mark Williams, Wehbba, Stephane Signore... Nowadays Wyrus is producing with Ivica Petak and runs Techno label Keep On Techno records. With over 50 top selling releases under his belt Wyrus is definitely one to keep an eye on !