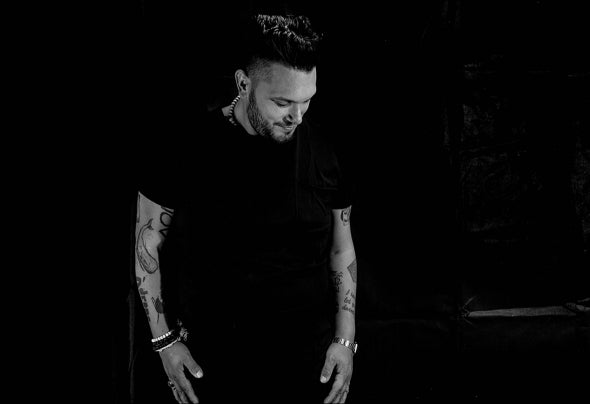 Born in Italy in 1981 and here he lives and works. He travels a lot for work and this allows it to be decisively influenced by the sound of the 90's.Finds its sound and its space in the house music / tech / deep house.Since 2014 he as menaged the Label Cablage Records in Italy.He is a dj in various Italian and foreign locations. Very important his presence as resident DJ at Club 80's Haus in Courmayeur where he worked with international DJs including Claptone, Ellen Allien, Sven Vath and Solomun. Since these could be inspired for his productions and his DJ set. Now he is resident for Tipic Club in Formentera. This is an international Club. Here Isac work with international DJs including Richie Hawtin, Carl Craig, Ilario Alicante, Dubfire, Marco Faraone, Ralf and other big Dj. Furthermore in this season he work for the Official Flower Power in Formentera. Most important collaboration is born in this mounth, Isac play for the Cocoon party, for F**K ME I'M FAMOUS and for the Pervert events.His art is put in its productions and over time has created some very interesting tracks. In 2016 "The party" with Antony Poteat by Heartbeat (Media Records), "La bionda" & "Bassa Frequenza" for Data Tech by Big Mamas House and “Funk Bass” for Twentythree Records.In 2017 continues the collaboration with Heartbeat (Media Records), two tracks (Catalunya, Andale) and one EP (Guenda) that have reached the top positions of Traxsource. In July 2017, Isac began collaborating with Federico Scavo's records “Area 94 Records” whit the track Negrita.His latest works in progress chasing a tribal sound and a rhythm that enters the heart and makes travel. Isac is a DJ who tries to convey with its productions emotions and sensations. He wants to offer tickets to a unique sensory journey for all his listeners.