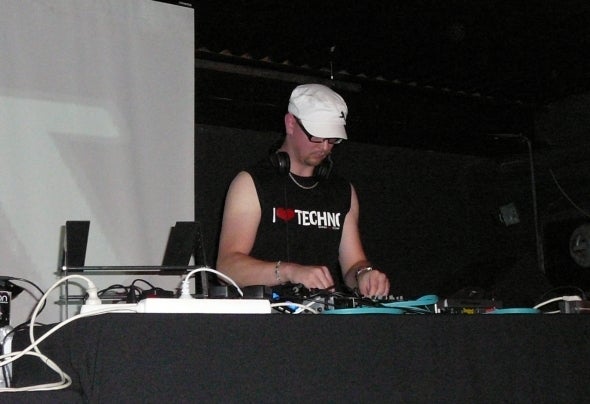 My artist name is Norman Andretti AKA Quarill,and I would like to introduce myself as an upcoming Techno producer from Hungary.My very first experience with decks was when I was about 13 years old. By the time my musical taste was effected mostly by harder club styles which were popular back then, such as Hard-house, Hardcore and of course the compilations of the famous Thunder- and Terrordomes. These were the ones I`ve grown upon. I haven`t got any instrumental background, except a little drum knowledge.Ever since I can remember I`ve been influenced by Techno music. I`ve started my producing career about 6 years ago, because I felt that I had to make something lasting for the future generations and also wanted to make the Techno scene a bit better by giving something new...so I stared using FL Studio.My first projects sounded quite amateur but all the advices I was getting by the time, was just enough to keep me going and keep improving. After many years I`ve tried all the most popular music making softwares but I couldn`t find the freedom in them I was looking for, that`s why I sticked to FL.After many sent e-mails and demos, I managed to get in touch with Mirzinho, owner of the legendary TechArt and Propeller Records. He was the one who gave me the first opportunity to have a release on his label (Norman Andretti – Back to business EP). After that there was no chance to stop. I felt patronized and I think that`s one of the most uplifting feeling of this “job”. In a few months I got in direct contact with all the biggest names of the scene, which I`m really proud of.Style-wise I would put myself on the edge of funkytechno, hardgroove and percussive disco techno, but as I have to keep up with the trend I listen, play and produce tech-house and minimal as well. I also deputize Hardtechno and Schranz because I just can`t grow out of the headbanging slicer, but I still don`t feel myself skilled enough to start producing this last two.In 2011, I've been approached by Tim Catley (aka Tim C), who's from the UK to participate as a member of Corrupt ed Label Management and t o be t he A&R of his four labels, which are the Corrupted Data (dedicated for funkytechno and hardgroove releases), the Corruption Records (for tech-house and progressive projects), the Cosa Nostra Records ( to release dark techno and minimal music) and our C- Sessions is for funkytechno and hardgroove bootlegs.As a DJ, I have had gigs in the Checz- Republic, Slovenia, Austria, Hungary and the UK, and I'm focused to rock all biggest techno scenes world-wide. Please check my web: ht t p://f b.com/normanandret t iakaquarill