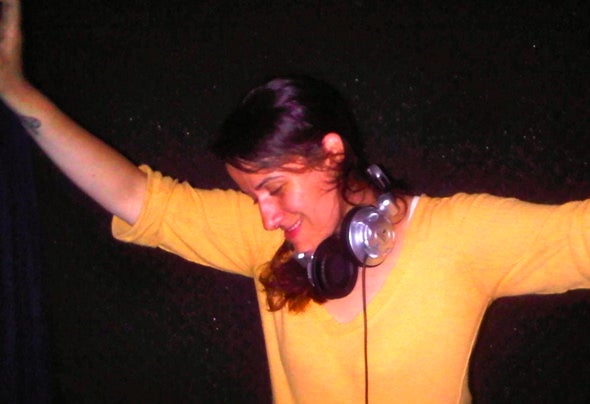 “Maria Dark was born in Long Island, New York and grew up in the underground corridors of NYC’s legendary club Twilo. Maria has an astonishing memory for songs and lyrics, which found a home in house music. Shortly thereafter, she received her first pair of Technique 1200s and began her discovery of the best that house music had to offer. She was heavily influenced by the NYC underground scene with such luminaries as Danny Tenaglia, Junior Vasquez, Victor Calderone, Merrit, Red Alert and Brian Cancellieri. Her DJ career has led her to various hot spots throughout NYC and abroad such as District 36, Club 57, Roam, Rebel, Element, and Club Love among others as well as various NYC Gay Pride events. Then in 2010, Maria took her career to the next logical level and began remixing and producing tracks.Maria is a member of NY CODE Management and can also be heard every month on NY CODE’s internet radio show on www.globalmixxradio.com. Her Passion for the underground and to share it with others has compelled her to create some of her most well known original tracks such as "Salvation', "Gang Bang" and "Lost Jungle'. She has released tracks on labels such as Nervous, and Underground Collective and Ggressive.Her tracks have played and supported at D36, Cielo, by DJ Paulo, Tom Stephan, Tedd Patterson and Junior Vasquez. Chus recently remixed “Salvation” to great acclaim and Maria has also collaborated with Tom Shephan and remixed “Fire” feat Celeda with Amoroso.Her track “Salvation” has been included on many DJ mixes throughout Europe and most recently in South Africa.Seeking to grow as an artist, Maria now has her sights set on bringing her passion for good music & her love for the underground to like minded party people throughout the US and beyond so people can dance, regardless of their taste in music, age, or personal background. Maria is a one of kind true creative artist. “I don’t have a style, I have a sound,” she often says"