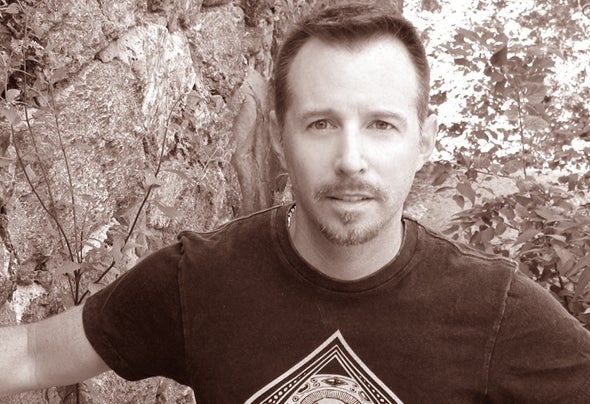 Inspired by some of pop music’s greatest pioneers like Donna Summer and Giorgio Moroder in the 1970s, Tim Letteer aka TRL discovered his passion for remixing music at the early age of 12 in Allentown, PA. While practicing piano lessons, he began improvising his own disco versions of various hymns and other non- traditional dance music. By age 16 he was writing and recording his own original music and placed in the Top 5 after entering a Christian teen magazine’s song writing contest. As his confidence grew, Tim set out to explore his true calling. After a few stints writing songs for and playing keyboards in several local gospel and alternative rock bands, Tim began to realize that while he enjoyed playing for live audiences, his heart belonged behind the scenes -- writing and producing music. Sitting for hours analyzing Moroder’s flawless music production and getting lost in Summers’ captivating vocals, Tim recalls thinking, "The music was so ahead of its time. It just blew my mind." Even still, he says, "Her voice and the brilliant orchestration that accompanied it moves me to this day." Tim's other early influences include ELO, The Cars, Depeche Mode, Erasure, New Order, Kraftwerk, Pet Shop Boys, Madonna, Shep Pettibone, Frankie Knuckles and Junior Vasquez. Even as his dreams of working in the music industry waned for a time, Tim never stopped writing and recording songs for his own pleasure. When he eventually made the move from Philadelphia to New York City in 2000, Tim’s life changed dramatically. Upon meeting [Project Publicity’s] Jeff Dorta, the writer of Kevin Aviance’s #1 Billboard single "Alive," the two hit it off instantly and eventually collaborated on a track called "Broke Free" featuring Kristen Ficara. (remixed and re-released 2009 & 2012 featuring Zhana). While working on that project, Tim felt that once dormant flame reignite, and a more serious, wholehearted practice of music once again began in earnest. Then, in 2005 Tim connected with legendary DJ/producer Junior Vasquez after he won a remix contest which resulted in the first release of dance diva Simone Denny’s "Cliché" on the JVM label. Around the same time, Tim’s original track "Justify" was featured in the CBS movie "Vampire Beats." As it turns out, this was just the beginning. As Tim continues to work on his own original music, he has also built up a respective catalog of production credits with many artists (Vernessa Mitchell, Andrea Carnell, Aiden Leslie, Fawn, Jason Walker, Bobby Blue) and DJs that have charted on Billboard’s Top 10 Club/Play list. Among his most successful to date was a collaboration with renowned DJ/producer Chad Jack featuring emerging artist Fawn called "Wish U Love." The song peaked at #6 in December 2009. Fueled by such recent creative and commercial achievements, Tim is planning to spend as much time as possible in the studio in 2012 working on many exciting new projects in addition to acting as partner the new digital music label VicTim Music Group. Perhaps someday other aspiring young musicians, DJs and producers will be as inspired by Tim Letteer’s work as he was by Moroder’s and others. http://www.timletteer.com. Written by Matt Kalkhoff.