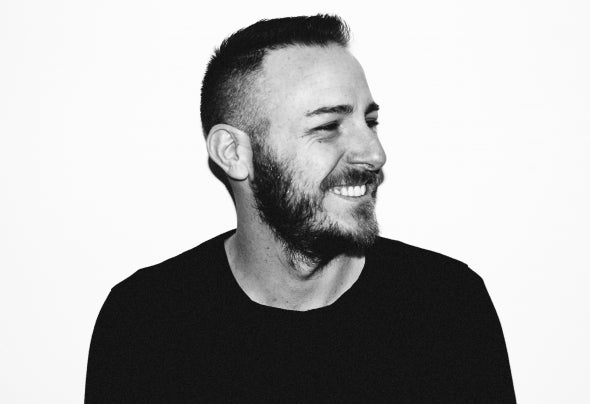 BABERT was born in Desenzano del Garda on the shores of a beautiful Lake Garda. When he was 14, his older brother gave him a present that changed his life: a record player. From that moment on he developed a deep love and passion for music and especially House music which he was hearing in the night clubs clustered around the lake. His passion for House music led him to learn the art of DJ-ing and In the 1990 after entering and winning a nationally famous Italian radio DJ competition, he met one of the most important DJ's in northern Italy, who took him under his wing and introduced him to the most important clubs and promoters in the region. At just 19 years old Mirco became the youngest resident DJ at Queen Club in Verona, at that time one of the most famous clubs in Italy. As a fanatic record buyer and DJ, Mirco was just dedicated to only the most recent House music until at the age of 21, he made his first trip to New York, when he fell completely in love with the music at the roots of House, the sound of Disco. He lived in the city for a year and was able to hang out in the wider club scene and meet with the world famous Disco and House DJs who inspired him. Returning to Italy he resumed his career as a DJ, working throughout the Italian scene playing at world renowned venues such as Le Plaisir and Coco Beach where he was also for 4 years the Head Talent Booker. As his edits became more and more famous and supported by the likes of fellow editors Dr. Packer, Late Nite Tuff Guy and Discotron, he decided to move on from Solid Sate Disco and founded Disco Revenge with likeminded local editors Ivan Jack and Dinero.  65 releases in, Disco Revenge is widely recognized as one of the leading disco edits label in the scene. Going forward, Babert is determined to spread his production wings beyond just edits and in 2018 has moved into producing original, sample tracks and remixes for the likes of Defected, Sleazy Deep, Club Sweat, Soulfuric, Nervous and Mood Funk.