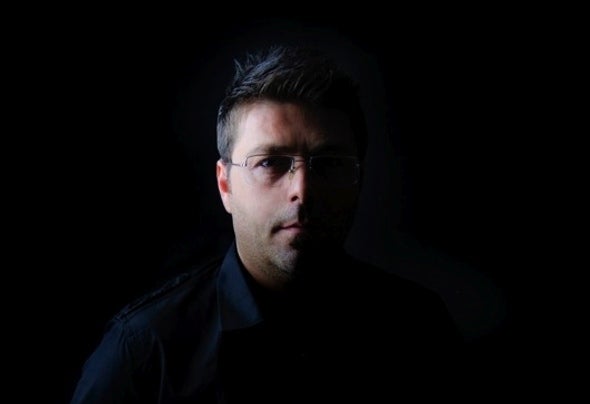 When Simone Menta aka Simon Faz, an Italian born citizen reached the age of 13 he became an addicted fan of funk and electronic music. Thanks to the famous audio cassette of Daniele Baldelli and the Cosmic club where he developed the great COSMIC SOUND which became a real phenomenon.At the age of 16 Simon started with DJ-ing on various events, shortly after that he became a professional DJ. In 1987 Faz got a residency at the prestigious Alterego Club where he performed for many years in addition with his guest performances at exclusive clubs around Italy.In these years, he changed his style into pure House Music with influences from the 70’s. Faz always innovate himself with new sounds and influences. His roots remain steady in his way of performing and producing even if he ranges with other music genres. The “Simon Faz discography” begins in 1996 with his partner Paolo Faz. They released interesting tracks for ‘Ocean Trax’, the label of Bini & Martini. They also released the track, Faz! feat. Lisa Millett - Runaway which received great reactions from the International industry and got lots of support from Tony Humphries. The track was also included on The Magic Session Compilation which was released in 2001 on Defected Records. They also made various remixes including Kraze - The Party that was published by Milk & Sugar Recordings.In 2002 Faz explores the pop/dance sector with the project Deijan pres. Svetla - Tazi Vecer and hits the European Top Chart with the track. It also reached the #4 position in the MTV Dance Chart in Italy.At that point in his career, Faz was overloaded with new experiences of the results he has achieved that he decided to start his own label. So in 2009 the ‘Prismatikone Records’ imprint was born. He runs the label together with his business partner Dany L. The first Prismatikone release was a collaboration between both label owners, Simon Faz feat. Dany L - Music. The track was such a big success that it was worldwide licensed by Pacha Recordings.Simon still collaborates with Pacha Recordings butalso with other big record labels. He also made a remix for, Michael Gray, Jon Pearn, Rob Roar & Cassandra Fox - Lights Down Low and It's Allright the famous anthem of Sterling Void released on Phonetic Recordings.In 2010, Faz started a collaboration together with Marco Dionigi with the new label Quantistic Division.