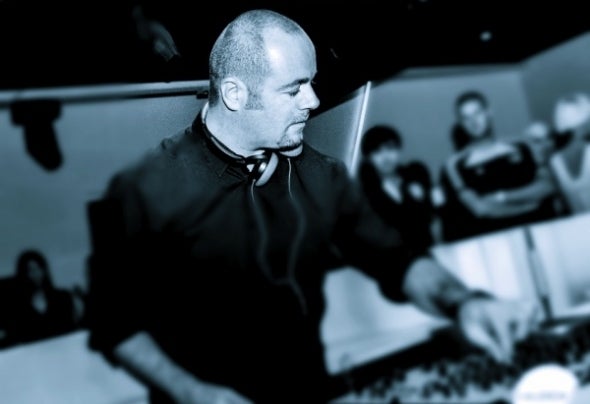 Artistically born in 1990 during a performance at the Alter Ego, a well-known club in Verona (Italy), Marco Dionigi’s particular style was immediately noticed byt he renowned Art Direct or Andrea Oliva, who apparently remained enchanted by the miscellaneous of electro-beat and experimental, which clear allusions to the 80s’ electro wave characterized at the time Dionigi’s compositions.Thanks to the peculiar sounds of his style, Dionigi soon becomes one the most appreciated Italian DJs, and the pieces created in his own studio with the inspiring name of Ursa Major (founded in 1991) developed into instant successes on the dance floors nation-wide. Meanwhile, Alter Ego is turning into one of the main Italian Clubs.In 1993 Dionigi creates a new sound called Slow Motion by merging bpm bass with hypnotic melodies and top resonances of new age/ethno dark wave. This is also the year of the foundation of Tube Records, a label that will expand Dionigi’s success across Europe with the unforgettable tracks Anaconda, Heaven Flute, Le Serpent, Way Out, The Hard Rocks, Seregenti, Manta, Freefall, I’m Not Invisible, Le Tambura, The Ghost, Very Interesting, Cross, If You Wanna Party, Holiday in Africa.Under the artistic direction of Andrea Oliva, Dionigi begins a collaboration with the Mazoom Club, where for seven years he basically invents the most trendy Friday nights’ events called Love Afterhours. Now he’s experimenting the first Vestax CD Player thanks to the birth of laser technology through compact disks. Dionigi enthusiastically jumps into the computer era by realizing sophisticated pieces that are immediately sought by the most famous Italian Clubs: Mazoom, Il Muret t o, Kinky, Ecu, Area Cit y, Cocorico... And in 1994 the successful partnership with the father of all Italian DJs: Daniele Baldelli, the creator of the Cosmic Sound – a friendship that will inspire important electro-funk projects for several years, and countless pieces of music such as Cosmicdiba and Dibadub (Gomma Records, 1999); the celebrated, particularly in Canada, Funkadiba - the future Funk (Jaywork, 2003); the Alien Picnic album (Jaywork, 2002), entirely realized by Dionigi.The Dionigi-Baldelli team create their own label, Pedivelle Records, which immediately attracts attention with the track I Must Feel Better and the second brilliant album Those Lights (Marco Dionigi). They get noticed by Eskimo Recordings and are invited to remix pieces realized by famous artists,among who Holger Czukay, Alicia, Bridges, Spirit, Bronx Irish, Kevin Harrison, The Dream Syndicate, Richard Bone, T orch Song, Arpadis – all t racks are included in the Cosmic Rock album produced by Eskimo Records. Dionigi currently collaborates with PrismatikOne Records , with the new branch of it, "Quantistic Division".The birth of Quantistic Division begins with the need of Marco Dionigi to create a label that represents himself: Quantistic Division will propose Electronic Music, Experimental and House Funk music, reaching new frontiers of soundcapes and new wave sounds of the next generation...Marco Dionigi, with this new label wants to fascinate with new sonorities frontiers full of rythm and of minimalist sound of alien armonies rich of messages....In other words like the quantic physic is taking us to the string theory and into the 11 dimensions of Edward Witten...Dionigi wants to be part of this new frontier of consciousness bringing the music where no one has ever dared before!!!!