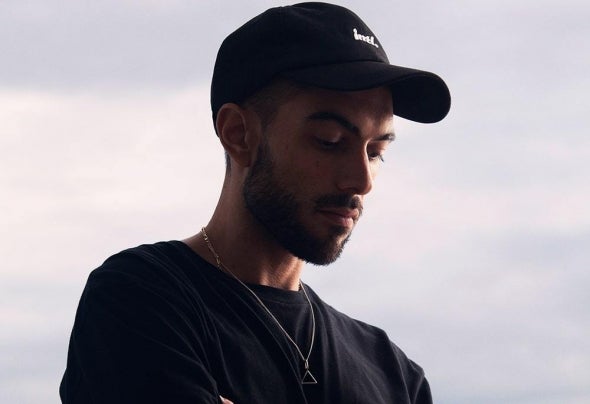 London based Dj & Producer Andy Faisca started his career in Belgium as one half of the duo Mustang in 2009. After releasing a debut EP on Gomma Records, their rst single 'Shooting Love' on Different/Pias recordings and remixes for Vitalic, Two Door Cinema Club or either Scissor Sisters, they were considered as a pioneer of the Nu-Disco scene and were touring in the nest's clubs as Social Club (Paris), Xoyo (London), Razzmatazz (BCL), Le Bain (NYC), to name a few.. In 2012, Andy started his solo project under his own name, doing remixes for Jupiter, The Supermen Lovers, Mike Mago,..He quickly became an active member of the Belgian electronic scene, playing many festivals such as I Love Techno, Pukkelpop and got his rst International Residency at the infamous 'Wanderlust' club in Paris where he shared the decks with artists like Duke Dumont, Claptone, The Magician,..  In 2013, his music got attention from different Major Labels and chose Sony Music as a new record label. Andy teamed up with R’n’b singer Nyemiah Supreme on his rst single ‘Pump it Up’ and features Dominique Young Unique vocals on his second EP ‘Pushing’. To give an end at this stunning year, Andy's got nominated at the Red Bull Elektropedia Awards and won the ‘Best Breakthrough Artist’ of 2013.  Andy has created his distinctive sound mixing genres from house to pop and Hip-Hop and his notable skill as a remixer attracted the attention of many, his latest remix being Dua Lipa’s single ‘Be The One’ (Warner Music). Late 2015, Andy decided to move his studio in London to focus on production and song writing. After three years in his new hometown, Andy is now back working on his solo project and nalizing his following singles expected to be released late 2019!