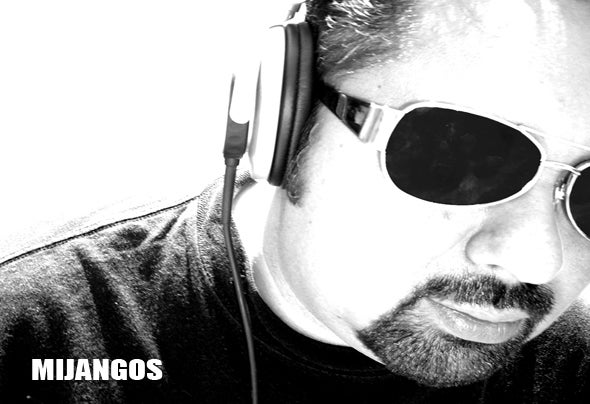 Mijangos is considered one of the most respected DJs in Mexico and is precursor of Latin house, with his productions and his way of mixing has managed to bring up the name of his country by putting their Latin roots as a standard. His work as producer and remixer have crossed the border and have appeared published in the most recognized and respected house music labels in the world: Aquaboogie,Ministry Of Sound, Subliminal, Junior London, Fresh Fruit Records,76 Recordings, Molacacho Records, More Beats Recs, Suite 7 Records, 2 Hype Records, Bearlin Records, Younan Music, Four Peas Recordings, Hard Disco Records, Flava Music. are some of these. Saxmania was the key that opened the door to the harvest of successes over 25 years has collected both as a producer, remixer and DJ. bay that was published in one of the most important house labels in the world (subliminal records) has been heard in every corner of this planet. another disk that has been very well accept ed in the European market was (Jorge Troncoso - thinking of you) which was also published in subliminal soul. With the label home of new york has published two issues that have been very important in the career of the ritual Mijangos (2004) and house music (2005) Mijangos also has shared the decks with dj's recognized worldwide as David Morales, Mouse t Hurlie Steve Silk, Tony Humphries David Alvarado, Danny Tenaglia, Hatiras, Who Da Funk, Eric Murillo, Rick Garcia, CZR, Gene Farris, Angel Alanis, Satoshi Tommie, Tiesto and many more. As a DJ he has performed in almost all corners of this planet from Usa, Spain, Colombia, Costa Rica, Republica Dominicana, Panama etc.., Mexico from Cancun to Tijuana, in the best and most respected clubs in the country. Mijangos native of Acapulco, Gro. México now moves the dance floor of the best clubs in Mexico and the world with his unique style of playing House Music.