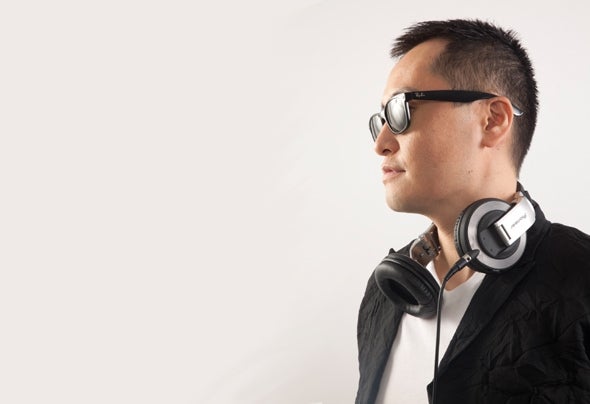 DJ Gomi is an internationally acclaimed producer, songwriter and disc jockey whose work has been broadcast on major media outlets, performed in major venues, and recorded by major artists throughout the world. He has produced or remixed songs for major artists including Mariah Carey, Beyonce, Janet Jackson, Madonna, Whitney Houston, Maxell, Tiesto, Three 6 Mafia Feat, Celine Dion, and Cindy Lauper. He also produced and remixed “Seasons of Love” which became a dance floor classic. DJ Gomi attended Berkley College of Music where he was inspired by record producer Quincy Young. After graduating college, DJ Gomi moved to New York, where he became a protégé and the Main Programmer for legendary DJ/Producer Junior Vasquez. DJ Gomi and Junior Vasquez collaborated on many songs that debuted at the world famous Sound Factory dance club, and then became major hits. For example, DJ Gomi’s first collaboration with Junior Vasquez, “Body to Body” by Shades of Love, became a number one dance hit on the Billboard Charts. DJ Gomi and Junior Vasquez collaborated on other hits, including “Come Together” and “Lift Me Up.” DJ Gomi also contributed to some of Junior Vasquez’ finest productions, including “Straight Up” by Chante Moore and “Everything” by Misia. In addition to his work with Junior Vasquez, DJ Gomi has engineered for house music legends Hex Hector and George Morel. In recent years, DJ Gomi has produced numerous remixes for major artists which have been widely broadcast and distributed on major record labels. Gomi’s dance version of Mariah Carey’s “Heartbreaker” appears on the 12-inch recording of that hit song. Other productions which have hit the top of the Billboard Chart include “Din da Da”, a sing written and produced by DJ Gomi and performed by Kevin Aviance, and “When You Talk of Love” performed by Patti Labelle. DJ Gomi has made DJ appearances in major venues throughout the world. In addition to his loyal following in North America, he regularly travels to Japan where he is asked to appear in some of the finest venues in Asia. DJ Gomi has released several original albums in Japan including “Maestro: Love & Star Soundtracks” which was a top 20 selling album for many months on the HMV store overseas charts. DJ Gomi released two other “Maestro” albums of original music overseas, and all three of these albums will soon be released in the United States. DJ Gomi has also written and produced “Deeper” and “Amanda , I am”, performed by Amnda Lepore, and “Power” performed by Kevin Aviance. In 2010, DJ Gomi launched his own record label and publishing company, GOMINATION, providing a platform for DJ Gomi’s original music featuring well-established and new artists alike. The GOMINATION LABEL has recently launched its DOLL HOUSE PROJECT, which will feature original new recordings by several well-established performers including Sahara Davenport, Sherry Vine, Jacqueline Depree, Laverne Cox, and Raven O. On November 2, 2010, GOMINATION released its first single, “WALK” performed by Mila Jam. And GOMINATION has already signed an impressive roster of both established and emerging new artists who will be performing works written and/or produced DJ Gomi and many other collaborators and co-songwriters Beginning in November 2011, Gomination has released many original new songs performed by acclaimed artists and performers. These songs have included “Walk”, “Warrior” and “This is Love” featuring Mila Jam, “Looking For A Good Time” featuring Sherry Vine, “Sexting” featuring Margaret Cho and Sherry Vine, “Pump With Me” and “Go Off” featuring Sahara Davenport, “I Came To Win” featuring Jacqueline Dupree, “Hold On To Faith” featuring Raven O, “Middle of the Night” featuring Kelly King and “City Boy” featuring City Boy. For Christmas, 2010 Gomination released a special EP by Jacqueline Dupree and a remake of a classic by Kelly King. Numerous other DJ’s and producers have collaborated with DJ Gomi and Gomination on remixes and alternative versions of these songs, and many of them have been released on Gomination. Gomination has recently been recognized as one of the hottest independent record labels in the world, and its songs have been featured in movies, internet and broadcast radio and television, and nightclubs throughout the world. During 2011 DJ Gomi also worked on major new projects involving producer Seven Aurelius and the rap legend, Ja Rule. Gomination also expects to release several original recordings as part of its “jazz project”, and numerous new songs will be released on Gomination in the coming months. Further, Gomination is preparing for the launch of Gomination TV, which will provide an innovative new broadcast and internet-streaming platform for promoting the songs and music videos of Gomination artists, all featuring DJ Gomi.