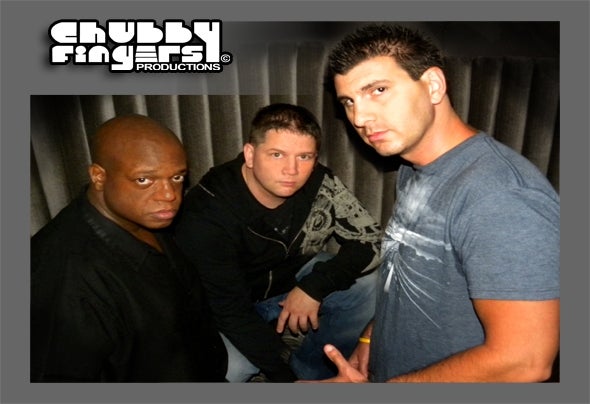 Jazz-e and Booker meet, and started producing in 1998. After releasing multiple singles using their DJ names (Including a remix for Suite 303 on EMI), they decided to form Chubby Fingers in 2006. In 2008 the duo meets BlaQwestand hit it off, eventually taking him in, and the trio started. Their musical back grounds range in style from funk, soul, disco, rock, jazz, hip hop, and everything else in-between. Using their diverse music background they have produced a range of styles of electronic music. From Dub-Step, Electro, Techno, Tech House, Disco House, and, Hip Hop. If you t hink you know what genre t heir next t rack will sound like, you might be mistaken. In 2009 they released "Big John" as a free download which eventually was picked up, and released on a compilation "Buzzard Gultch" which got high praise. In 2010 the trio released their next track "Into The Night" which has been licensed to over 20 different compilat ions all over t he world. Since t hen t he group has been extremely busy and enjoying their time they've been able to spend in the studio while working onatourin2012.