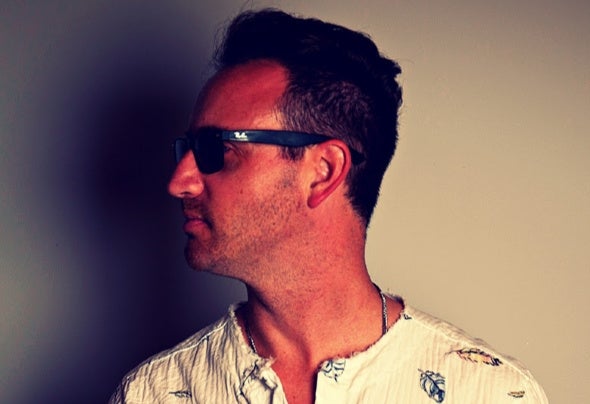 "The only way is up!" That’s the only way to describe the career of Quebec based DJ and producer Etienne Ozborne. While spinning his treasures as a regular at some of the hottest Spots in Eastern Canada, he is an integral part of the throbbing North American house scene. Over the years he has brought his individual and distinctive style to perfection. Questioned about it, Etienne cites the little-in-use formula of twisted funky Housemusic and explains the major part of my sets comprises of rather unknown tracks from Deep, Tribal and Electronic House. Since he couldn't help but fall in love with the groove thing, end of the 1990s saw him take a turn towards Housemusic. Being a student of the percussions for more than 12 years as well as being part of a band has given Etienne a solid base in rhythms and beats which carried even juicier fruits in his new field: apart from outstanding skills at the mixer, his feeling for nuances and harmonies allows him to create deep, atmospheric, emotional and versatile DJ sets. He knows how to cunningly apply the newest technical means. He knows how to cleverly build up to the climax. And he knows how to take the audience by surprise to a higher level. His elaborate dj sets win over with great music selection, amazing mixing wizardry and high entertainment factor. He plays more and more nationwide bookings in clubs like Mozart (Russia), Marquee Day Club (Las Vegas) Drai’s (Las Vegas) Living (Mexico) Republika (Brasil) Club Mass (Korea) Velaa (Maldives Island) MGB (Germany) Heaven (Ottawa) Sotto (Ottawa) Circus (Montreal) Stereo (Montreal) ... By teaming up with stars like Steve Angello, Thomas Gold, Chus and Ceballos, Eddie T honeick, Funkagenda, Junior Vas quez , Antoine Clamaran, Cedric Gervais, Kaskade and many more he gained new inspiration and reputation. But Etienne keeps on scoring: 2015 is going to be the biggest year in his producer-career. Without any doubt he's one of the rising stars in the global housescene. His latest releases are supported & played by Mark Knight, Tiesto, Fedde Le Grand, Bob Sinclar, Prok & Fitch, Roger Sanchez, Erick Morillo and many more. By gaining great reputation for his tracks he worked out some slammin colab & remixes with DJs like DJ Chus, David Penn, Lee Cabrera, Sneaky Sound System, Tom Novy, Thomas Gold, Offer Nissim, The Cube Guys, My Digital Enemy, Jerome Robins and many more. But to be not enough, most renowned labels like Strictly Rhythm, Defected, Toolroom, Zulu, Stealth, Cr2, Hotfingers, Nervous, Star69, Hed Kandi or Ultra are coming to value Etienne's work. His new single "Barry" will be another global-house- bomb!