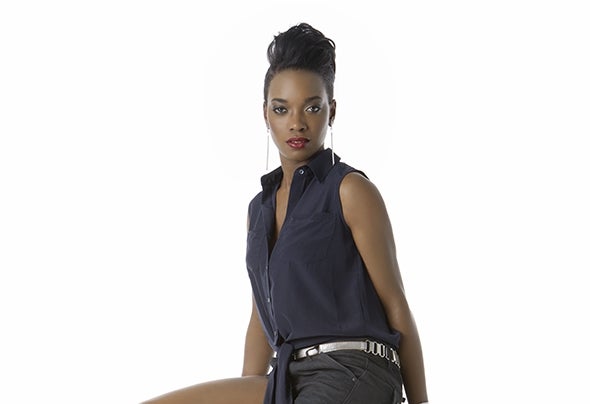 Singer, DJ, producer, SANDY DUPERVAL, is an artist in every sense of the word. Her talent and passion for music can only be compared to her devotion for the music industry. This impressive artist has gained the heart and ears of many.Since her beginnings, at the age of 3, she has consistently improved her craft. With more than13 years of vocal lessons and one year of vocal improvement with no other than Whitney Houston’s mother, Cissy Houston, Sandy shows control, power and an immense vocal flexibility that allow her to transmit her most heartfelt emotions.During her studies, at “College de Sherbrooke” in Jazz Vocals, Sandy discovers and incorporates “Djing” to her art. Having one of best Dj’s in Quebec, Hugo Lapalme, as her mentor she spends many years improving her technique and demonstrates her skills during one of Quebec’s most watched reality tv shows, “Star Académie 2004”. However, it is her 5 years residency at the very coveted evenings College Night at Unity Nightclub that established her, a very strong reputation. She has been a main act for many years at Montreal’s own Diverscité and Pride festivals as well as a mainact at Toronto Pride Green Space events for 3 consecutive years. She has worked with many of the best canadian event organizers and promoters including the dynamic House of SAS team.From Gospel to Jazz R&B and Blues, Sandy found her niche in the Vocal House scene. Without any fear, Sandy gives her everything in anything she undertakes and starts Freedohm Records and collaborates on many records. From 2008 to now she has performed and gained a great fan base in Montpellier, Paris, Lebanon, Morocco, Munich, Hong Kong, Beijing, Shanghai, Taipei, Canadaand the United States.For the past year, with the support of Sennheiser, one of the most respected professional audio companies, Sandy is now spreading her wings to new horizons. You will discover her first self-titled Album, with collaborators like Martin Villeneuve, Stephan Grondin and more.Her vocal influences range from Whitney Houston, Lauren Hill, Tina Turner, Robin S, Crystal Waters to Martha Wash and more. Her musical inspirations are diverse and influenced by many decades, but her signature is definitely the perfect blend of vocals, melodies and addictive drums. It is only the beginning, find the latest news on her website: www.sandyduperval.com.