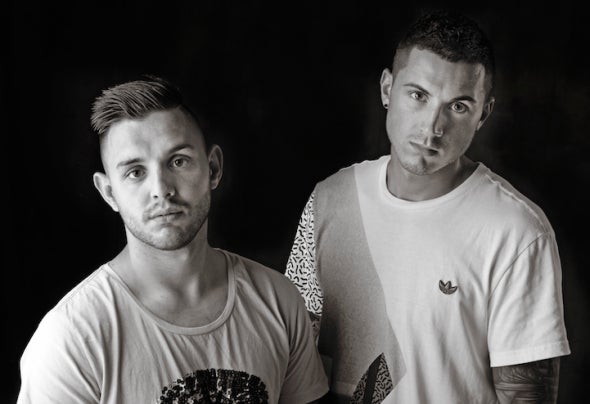 KillerBeatz’ sole focus is delivering innovative, unfeigned House Music with a unique, edgy flavor.With their current productions smashing up dance floors worldwide, KillerBeatz (Alex Baul & James Edwards) are proving to be two of the industry's hottest young talents, and it’s clear to see how these Welsh lads are rising to success with their exceptional productions, unmistakable sound and their energetic yet flawless DJ sets.Their debut release, ‘KillerBeatz - U Got To Go’ (Koolwaters Recordings) became an instant club hit, and shot straight into Beatport's Top 100, after getting radio action from all corners of the world, as well as support from industry veterans, Erick Morillo and Fatboy Slim. This first serving of the KillerBeatz sound give House Music enthusiasts a taste of their unique flavor, and had people all over the world hungry for more.After a string of successful releases, KillerBeatz then dropped ‘Deeper Times’, their first release on My Digital Enemy’s mighty Zulu Records. The track featured as part of Zulu’s Ibiza 2013 Compilation, and racked up support from heavyweights like David Penn, Space Ibiza’s Jonathan Ulysses and Defected Records’ Sam Divine.Fresh off the success of ‘Rising’, KillerBeatz returned with a hot new original, 'Deeper Times’, this time dropping on Zulu Records' Amsterdam 2013 Compilation. The track had endless support from My Digital Enemy, and was a ‘staple’ track in their DJ sets, giving ‘Deeper Times’ spins in some of the best clubs in the world as well as plays on several global radio shows.‘KillerBeatz - Bring It Back’ was picked up by Shute Records and was then given the remix treatment by Jason Chance and Robbie Taylor with both remixes doing damage in the Traxsource Top 100.Other big KillerBeatz releases include ‘Can You Feel It’ (Zulu Records Miami 2014 Compilation) and ‘Like This Like That’ (Tactical Records), which both had incredible support from across the globe.KillerBeatz’ remix of Peter Brown’s ‘Keep It Down’ (Subterrâneo Records) gave them the opportunity to showcase their remixing talents to the world. The track charted high in Traxsource’s Top 100, putting KillerBeatz under the spotlight once again.Other KillerBeatz remixes include their take on Marc Vedo & Paolo Viez’ ‘I Know’ (Koolwaters Recordings) as well as their ‘Back To 89 Remix’ ofHosse and Miss Kay Dee’s ‘Step Up To The Beat’ (Caballero Recordings).2014 is certainly looking to be a very promising year for KillerBeatz, with new releases dropping on both Vudu and Housessions, as well as a collaboration with Savi Leon on Caballero Recordings yet to come.KillerBeatz - Air Raid (Vudu Records) has already received support from industry giants such as Prok and Fitch, Hoxton Whores, Jason Chance and My Digital Enemy, despite not yet being released.A new monthly podcast is to be expected in the second half of this year as well as several other exciting projects in the pipeline.The future is looking bright for these talented young producers with plenty of new music to look forward to in the coming months. Watch this space!