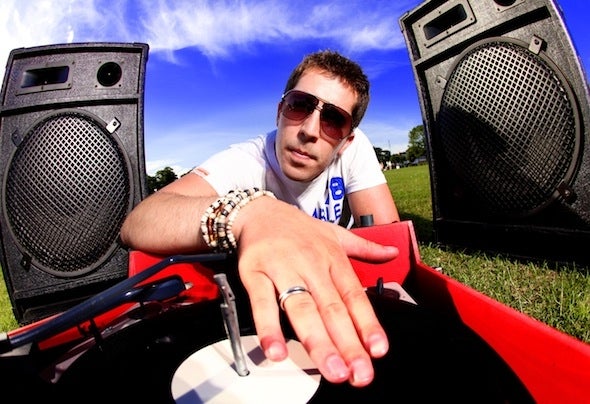 Jason Chance is without doubt one of the scene’s fast-rising young stars. To say that Jason lives and breathes music would be a definite understatement; over 12 years of experience DJing in some of the finest clubs across Europe, the development of his own night (‘Licked’) and his extensive production discography, are all testaments to his talents and dedication. Jason’s unique, driving and infectious sound initially caught the attention of London’s clubland, following his debut set at Turnmills – a venue where he subsequently held a long-standing residency – before being invited been invited to play at a number of the UK’s leading clubs (Ministry Of Sound, The Cross, Pacha (London), SE One and Matter) and breakthrough onto the international touring circuit. It is over the past three years, as Jason’s production talent has caught the industry’s attention, that his profile has been in real ascendency.Back in 2008, Jason’s first solo production – aptly named ‘The Beginning’ – was picked up by Roger Sanchez and signed to his respected Stealth Records imprint. ‘The Beginning’ picked up major support from the likes of Axwell, David Guetta, D.O.N.S. and Eric E, whilst also marking the start of a successful relationship with Stealth, as they then went on to release a number of Jason’s productions/remixes, such as ‘Diesel’, ‘Dark Side’ and ‘That Rhythm’. ‘Diesel’ climbed high in the Beatport charts and gave Jason his first #1 on the DMC Buzz Chart, while ‘Dark Side’ and ‘That Rhythm’ where paired together as an EP that enhanced his growing repuation. Further single releases followed on labels such as Nocturnal Groove (‘Head Shake’ and ‘Swizzle Sticks’) and Big Love (‘My Am Me’), as well as Hotfingers, Housesession and Vendetta, as Jason’s records swiftly became the subject of fierce licensing interest and appeared on a number of high-profile compilations across Europe. Most notably, Roger Sanchez used Jason’s remix of ‘Ever After’ (Per QX feat. Max C) as the final track on his recent ‘Release Yourself : 10th Anniversary Edition’ compilation, and Jason has also just seen his track ‘Head Shake’ licensed to the mighty Defected Records’ ‘Defected In The House Ibiza 2011’ compilation too.Most recently, Stealth have released ‘Looking Forward’ – arguably Jason’s highest profile release to date - which features Michelle Weeks on vocals and The Shapeshifters and Stefano Noferini on remix duties. Dropping just in time for Miami, ‘Looking Forward’ shot straight to the top of the DMC Buzz Chart and is picking up serious club and radio support from a range of international tastemakers. Additionally, a number of artists such as K-Klass, Mark Trophy, D.B.N., Edmond Dantes, are amongst those who have recently received the Jason Chance remix treatment.As a DJ, Jason effortlessly rocks the dance floor through a unique combination of impeccable track selection and tight mixing, delivered with unbridled passion and energy. Jason has recently performed alongside the likes of Roger Sanchez, Fedde Le Grand, Todd Terry and Prok & Fitch at major showcase nights such as ‘Stealth Live! @ Escape’ (Amsterdam) during ADE and ‘Stealth Live! @ Mansion’ (Miami) during WMC. Jason has taken part in further shows across Europe and also travelled to Dubai, with recent enquiries to take him out to Poland, Russia etc. In addition, Jason has also recently been featured in the guest mix section on both the ‘Roger Sanchez Release Yourself Radio Show’ and ‘The Shapeshifters Nocturnal Groove Radio Show’, as well as various interviews & guest mixes on other UK radio stations. With his productions currently going from strength to strength and his tour diary becoming increasingly hectic, as well as being tipped ‘One To Watch’ by the likes of The Shapeshifters, Roger Sanchez, Tilllate magazine, and most recently Beatport (who selected Jason as one of their ‘2011 next Big Thing / Emerging Artists’), it seems that Jason Chance is a young artist set for big things in the year ahead. Pay some serious attention.