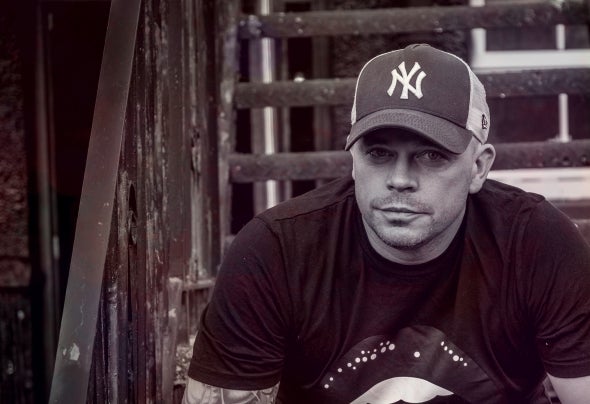 Nomadic's musical journey started at the age of 16, DJing Hardcore & Hard House at many of his local nightspots. Not content with only playing locally, Nomadic pushed himself to secure sets at London's Future Dance & Raindance, then under his hardcore guise of Nemesis. It wasn’t long before he turned to producing Hardcore, and for many years enjoying regular releases on Future Dance Recordings, Relentless Vinyl, Switched On, Electronic Bedlam & a featured release on the mighty Next Generation Records. With a steady flow of releases under his belt, his talents were rewarded with a number of tracks signed to highly respected album series, such as Hardcore Heaven & Hardcore Underground. His passion and success did not go un-noticed and he was soon signed to the Nu Energy Collective: ultimately resulting in a wave of DJ bookings at many of Londons iconic rave nightspots. Including The Drome/SE1, Bagleys, Castle Studios, Fire & Lightbox, The Fridge & 414. Internationally Nomadic’s talents have been exported to as far as Australia, with gigs and repeat bookings also sending him to many countries across Europe as well. Throughout the years his DJ residencies have included Radioactive, Seriously Innerstate, Passion, Serious Hardcore & Re=Creation. Nomadic’s tastes have always favoured the harder, darker side of music, no matter the tempo. This is still evident in all of his productions to date. A Nomadic production is almost guaranteed to be driven by a low-slung bass line and driving tight percussion; a clear influence of the sound that inspired him and the time he spent in the UK rave scene. Now signed to Toolbox House, Nomadic continues to push his boundaries in the studio & has produced sounds ranging from hard-hitting Techno through to House, albeit his trade-mark naughty nature always taking centre stage.