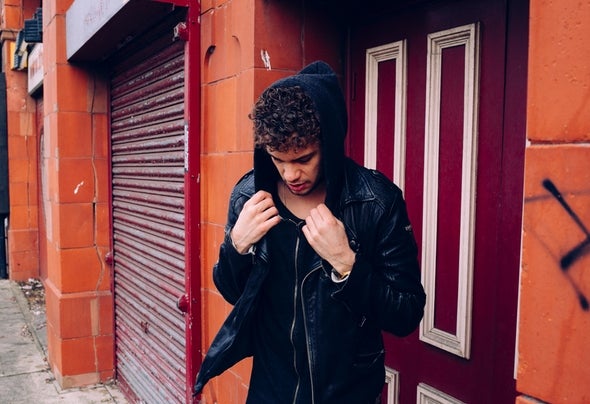 Ask any electronic music producer worth their salt and they’ll all tell you the same thing: soul truly is at the heart of what makes music so special. One man who encapsulates this feeling is Michael Bihler aka HDSN. From disco to house to jazz to hip-hop, the owner of the aptly-titled NBAST (Nothin’ But A Soul Thing) label is an individual whose sound is always well versed in uplifting vibes and danceoor dynamics.HDSN’s story can be traced back to a childhood spent in Halblech in Germany’s Bavaria region. Although far from a typical electronic music backdrop, the youngster grew up on a steady diet of eclectic sounds. However, it was the music of the Motor City which helped turn his musical hobby into a full-blown obsession. The music of Omar S, Moodymann and Theo Parrish might be far removed from the picturesque surroundings of Bihler’s hometown, but they nonetheless played a profound effect on the youngster’s tastes.From Halblech, HDSN moved to Munich, before decamping to Manchester soon after. Enamoured by the city’s bright lights and party scene, he might have been traversing an unfamiliar path for a German musician, but his time in the north of England would prove invaluable, as it was here where he set up his studio and embarked on his most ambitious project to date: the aforementioned NBAST imprint.The next while already looks promising for the edgling producer, with digital and physical releases on his own imprint, NBAST. Always keen to push emerging new artists, the label has housed music from HDSN himself and a number of equally promising artists.Supported by DJs as diverse as The Black Madonna to Jacques Renault to Joseph Capriati, HDSN has also DJ’s alongside a veritable array of renowned talents, not least Moodymann, Radio Slave, Olver Dollar, Legowelt, Suzanne Kraft and Oskar Offermann. A musician with a far-reaching appeal who continues to earn plaudits thanks to his unpretentious and refreshing approach to electronic music.