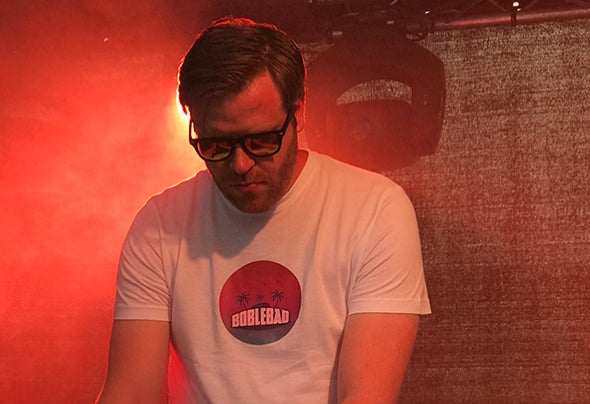 Boblebad is an artist that has the essence of creativity coursing through his very being. An all-round production dynamo, the Oslo-based creator is equally adept at crafting immersive sonic textures as striking visual imagery, expertly functioning as an inspired musical producer as well as a painter and visual artist. In the spring of 2021, the 37-year-old talent arrived on Beatservice with his label debut – the utterly compelling deep house/meta-disco hybrid, 'Vill Falafel'. His powerfully individual music has also found a home on numerous other highly- respected imprints, including Eskimo, Full Pupp, Paper Recordings, and Aquavit Beat, among others. With a stubbornly eclectic sound signature, Boblebad's genre-defying back-catalogue includes gorgeously emotive Balearic soundscapes, brooding deep house grooves, adventurous journeys into electronica, deviant contemporary disco refinement, and all things between. On top of his prowess as a studio technician and visual artist, he also plays trombone for the cultured Afrobeat band, Kojokona, as well as in a rousing, jazz-inspired big band. Indeed, his musical roots run incredibly deep, and as a youngster, Ulf cut his performance teeth while playing in a marching band alongside none other than Håkon Vinnogg – better known as the one and only Vinny Villbass.