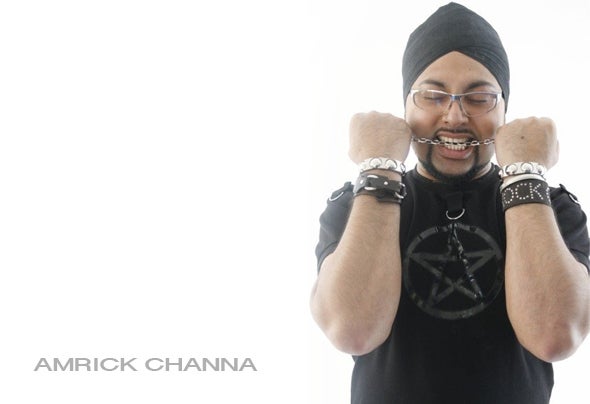 British born Amrick Channa is a dynamic House musicvocalist/Topline writer & Live performer with a number ofinternational dance releases! He has performed around theworld in Russia, Miami, Slovenia, Dubai, Switzerland, Italy,Las Vegas, London and Brighton! many times! He hasperformed for huge dance music brands such as Ministry ofSound, Hed Kandi, Sterero Sushi, Pacha UK and Ibiza,Heineken Slovenia and to over 20,000 people at London'sTrafalgar Square for London Pride and London Olympics!!!and had 2 songs featured as ring tones on Toryumon inJapan!!Amrick was recently featured on National and European TVon the popular show BBC One T he Voice in front of 5 millionpeople! it meant that Amrick's profile increased greatly andhis powerful vocals enthralled the public and had theaudience on its feet dancing! Amrick's unique style and voicebeat 50,000 entrants from Scotland, Ireland, Wales andEngland to make it through to the TV segment where KylieMinogue and Will.I.Am were wowed by his style and voice!Amrick has generated much attention since being on the TVshow with USA and Australian audiences also having seenhim. Amrick is looking to continue performing at live club andcorporate events. He can sing soul, disco and dance musicclassics! He can also bring along a DJ for a combo packagedeal. GET IN TOUCH! He has performed at various events for many years at MiamiWMC! He also performs at LGBT pride events and corporateevents. He has performed for Miami Fashion week in Floridaand is currently working with huge DJ's in the House musicscene including New York Legend DJ Todd Terry andManchester legends K-Klass who also came to support meat T he Voice TV show on BBC One! His tracks released onlabels around the world featured on radio shows and DJcharts from Japan to Australia to Russia to New York! He isalso working on forthcoming projects with Richard Grey,Sandy Rivera, Roger Sanchez, DONS Germany and GeorgeMorel USA!