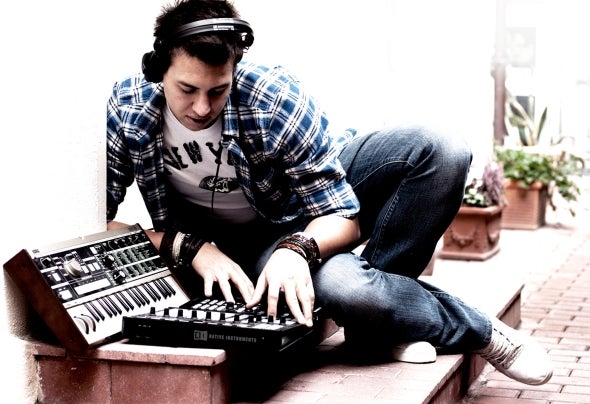 Lenny Lorenzo Lorenzi, Class 90, comes from the province of Rimini. The DJ revolves around the Adriatic Coast known as one of the major musical movements of the current generation. Born in Cesena February 26 is captured by the world of club music very young. He took his first steps at the age of 11 years. Through the many trips around the world listens and tries to categorize the sounds representing them in his deejay set. The early 2000s were very difficult for him: "At first I was playing at my party ... it was the only way to find space between the console" Then everything became easier. Knowledges through scattered throughout Italy, recreates his sets in several places of the coast and beyond: Cocorico, Boulevard, Otherworld, pestiferous, Echoes, Baia Imperiale, ECU, The Club, Shoking, Beach Club, White Gold. Also known as a producer, under the name "Lenny Sopranos" and "Nj Producer," his Deep Sound leads him to arrange a variety of songs from deep sounds of New York, the sound R&B and Soul, mixing it all with groove tech, creating several work. "I started to experiment manufacturer only after years of listening to Buddha Bar in the house, my parents had set. It 's where it all started.