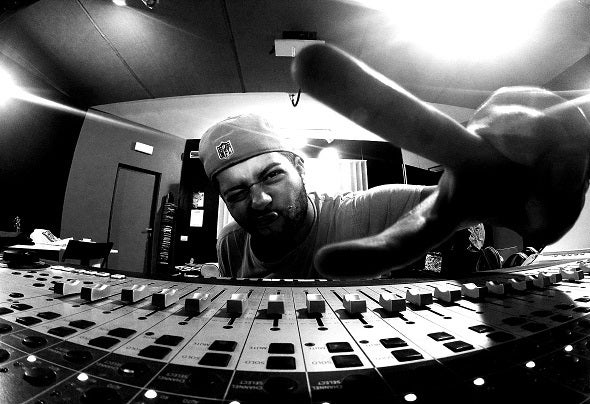 Lorenzo, was born in 1986, in Salvador do Bahia (Brazil), hence his real name: Marcos. He began his musical career by attending saxophone lessons', characterizing his musical imprint, which deeps his roots in a kind of music, that he called, "electro-black-soul." Besides his passion for production, Marcos makes his way into the world of clubs playing around Europe (Berlin, London, Ibiza, …) and at WMC '14. In all these experiences comes close to DJs and producers as Chris Liebing, Todd Terry, Tony Humphries, Pier Bucci, Harley&Muscle, Tania Vulcano, Hector Romero, Jovonn and many others. "Abandoning" his "techno past", he devoted himself to the rhythms and sounds that stand out to his "Latin" roots, as funky-latin, latin-soul and blues. New experiences, new environments, and extensive music scene, bring Marcos to define his genre, including: emotional pads, deep and electro sounds, tech-beats, break-beats and dark vocals that emphasize his "black-soul. The year 2010 was characterized by a significant partnership with the new and promising label: Labella Recordings. With passion and conviction Labella produced his first album, "Music & Felicidade 01", ranking 11th in the "Beatport Chart House" (July, 2011). Marcos reaches another decisive success with the song "Green Lights" (Music & Felicidade 02) positioned himself in 17th place in the Beatport House Chart (December, 2010), that allows him to get a new and important collaboration with the historic Nervous Records (NYC). During January 2011 he moved to London to discover new musical horizons and collaborations. In 2012 he starts another important collaboration, playing on-air on "124 bpm deepfusion", a deep radio show hosted by Miguel Garji, on Ibiza Global Radio. In January 2014 after he moved in Berlin, begins his own project BSOUL Music, involving artist such Hanfry Martinez, Justin Harris, Harley&Muscle, Terence:Terry: , Jovonn and more masters. In the while he signs 3 albums on Little Angel Records: Live Introspections (20 track album - 2013), Analog Bodies (19 track album - 2014), Organ Nature (16 track album 2014) and some remixes for Soulstar Records, working on projects composed by artists as Harley&Muscle, Marshall Jefferson, Kerri Chandler and Darian Crouse.