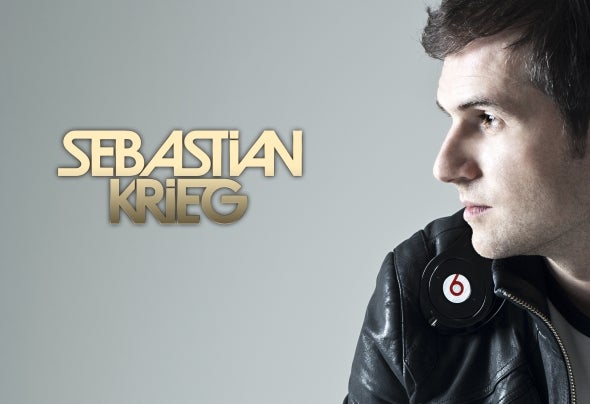 The tempo of the last two years of Sebastian Krieg’s musical career has been exhilarating for the Munich based half-french artist. His latest productions are continually topping the leading industry charts and winning fans from over far and wide. The most recent success story is arresting dance hymn "REI", which was featured in the playlists of modern house music gurus Tiesto and David Guetta or his remix for Mark Knight and Funkagenda`s "Antidote" recognized by trance DJ Markus Schulz as one of the favorites in 2011. Having started producing at a very tender age, Sebastian ascended into dance music elite in a partnership with Roman F. The resume of their releases under the name Shik Stylko lists labels like Defected, Stereo Productions, Freerange, or Peppermint Jam just to name a few. Over the last two years, Sebastian has focused on his own productions and already earned a global recognition for his unique captivating sound. The stunning tracks "Brooklyn", "Seduction", "Wherever" feat. croatian singer Natalie Peris, "Buenos Aires" on EDX's label Pinkstar Records demonstrate Sebastian’s upfront talent and creativity. The smashing releases on heavyweight labels like Spinnin, Vicious, Jee Productions or Juicy Records further testament to his rapidly growing popularity and influence in electronic dance music. Sebastian Krieg is one of the most sought-after remixers, respected for the undeniable ability to infuse any track with his distinctive fresh dynamic vibes. Killer remixes for Nadia Ali, Daniel Portman, Mark Knight, Robbie Rivera, EDX, Daniel Portman on huge labels Axtone, Anjunadeep, Harem or legendary Nervous Records got massive following amongst music professionals and fans alike. The exceptionally sharp feeling of music is just as present in Sebastian’s electrifying DJ sets as it is in his productions. Residencies in Pacha Munich, 4 years of hosting the House-floor of Cocoon’s label night at Amnesia in Ibiza, the list of international bookings including best clubs of Hong Kong, Seoul, Jakarta, Tel Aviv, Dubai, Moscow, Amsterdam, London, Antigua, Prague and so on, act as a proof of Sebastian’s outstanding DJ skills. Keeping himself busy with every aspect of the house music industry, Sebastian Krieg is going from strength to strength and is definitely the one to look out for in the nearest future.