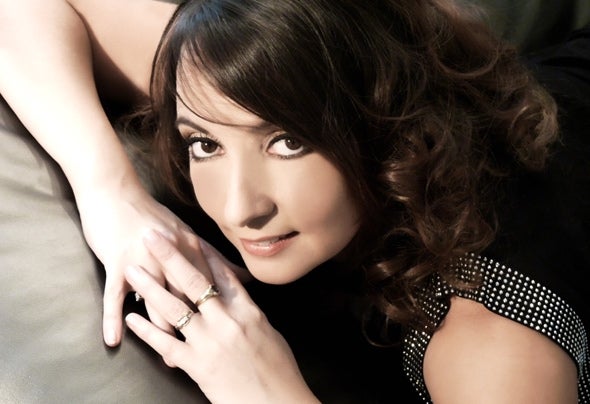 Singer and author coming from the South of France, Joanna Rays is a complete artist (dancing, singing, producing). Open to very different musical influences, she originally came from the pop-rock milieu, performing with musicians before prestigious, well-known French artists.Year 2008 was a turning-point, as she was asked to write and sing 2 songs, “NOT THE ONE” and “MAKES ME SHIVER” that immediately revealed her to the electro-house fieldand also to the media, as she was played on most national and local radios (mostly on FG DJ RADIO) and also reached the TOP 40 Yacast clubs in France.Boosted by this success, she accepted to collaborate with new producers , leading to “RISE UP” with Michael Kaiser, and “NO MATTER” with Clubshot, titles which were widely broadcast. “No matter” even got support from international DJs such as Roger Sanchez, Mischa Daniels, or Thomas Gold.Joanna didn’t stop here : she released “PRAY”, “Beating For You”, “So in love” and “My Heart Is Burning” (respectively coproduced with Fred Closer, Muttonheads and Danny Wild), on Antoine Clamaran and Laurent Pautrat’s label Pool E Music, or on her own label (Joys Productions – www.joysprod.com ) and again was broadcast at the national level while her collaboration with Belgian producer Nando Fortunato, “Like A Spell” (Gun Records), reached the TOP 20 clubs in Belgium.But her major projects came next : first, “Happy People” (Happy Music France - Time Records Italy 2011), a fresh collaboration with her friend Danny Wild which who was boosted up before its launching by famous TV and radio animator Cauet (NRJ), and then got support from Bob Sinclar or Stonebridge ; second, “Just Another Day” (Scorpio Music, Joys Prod, Forever Young, Sony Canada), did a real buzz before its release in Tiesto’s shows (and then in Thomas Gold’s, DJs from Mars’s or Joachim Garraud’s), to follow up with an official daily playlist on FUN RADIO france and several weeks in the TOP 40 Yacast Clubs charts ! As for “Just One Night” with Raf Marchesini, with remixes by Nicola Fasano and Die Hoerer, it was widely broadcast at the international level and even ranked 1st in the Italian DJ Charts and 20th @ EURODANCE official European charts.Year 2013 is again a rich year, artistically speaking, with new international collaborations, among which “Magical” with Fedo Mora (Forever Yg – It.), “You Don’t Know Me” with Tony Jaguar (House Session – Germany), “Take Your Time” with Lucas Reyes and Lemon3 (Kult Records USA – T OP 100 Beatport House) and of course a new single “Calling Me” (supported by Thomas Gold, DJs from Mars, Esquire...).