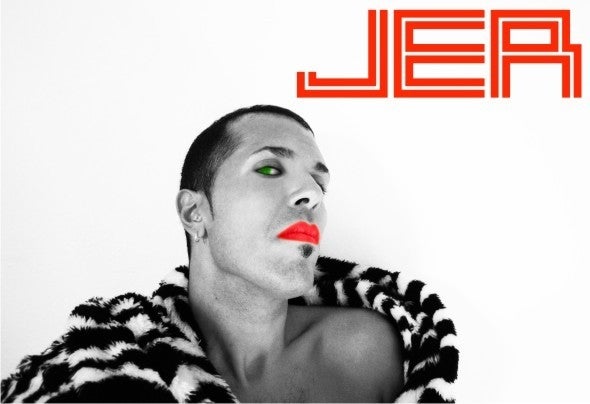 He was born in Las Palmas de Gran Canaria, in the famous quarter of Guanarteme, on September 12th 1979. He grew up surrounded by music thanks to his parents and has dedicated most of his life to the show business and to keep growing as an artist. His first band, Base in your face, which was the lead singer and wrote the themes, began to be revealed in the mid-'90s, when his Reggae and Disco music - pop was broadcast by several radio stations. After a couple of years, it decides to continue with the music for his account, retires to his band and centres on his plans for the future as singer, doing appearances in television programs and in several radio stations known in the Canary Islands. Also found its way into the media, participating as a reporter and presenter of several television programs, in which he became a very popular character in Canary Islands, experience that opened doors as a singer in a new band musical, The Rock next door, and shortly afterwards decided to expand its projects being opened new frontiers far from their land. Participant in the castings of Ot the first edition and competitor of the musical program X factor in Spain. During the latter years it has been evolving with the recording of his first two discs. Remember the belle epoque, recopilation of success with songs of kylie Minogue, madonna and Queen between others, give to know the talent of this artist under the record production of Savia nueva productions, in Gran Canary, album that came to Malaga under the arm of the artist, give to know his voice and his talent. His second album came to Latin America and to several countries with the name of " I need to kiss " I dial with reminiscences a 90s, sticky and very dance, written for his fist and letter. Jer has turned into the new prince of the electronic music - dance in diverse countries, and still he continues betting strongly, this time in company of the dj and producer Vegax, delighting everyone with songs as catchy as Somebody to love me and Transgression.