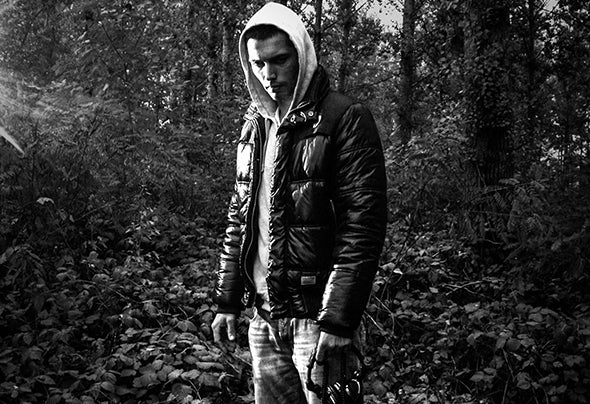 Jakob Edzel was born in 1987 in Hungary. His love for the music started as child, when he learnt playing piano. In the middle of his teens he met first techno music. It was an important turn in his fortune, because it changed his whole life. Due to his continuous love of techno music and his development he became a musician and guest on parties. He played with turntables and a mixer. It wasn’t enough for him, later he tried to combine the digital DJ with the analogue one. At the beginning of his twenties he started to play on only CD decks. He started to produce music with his fellow, Exor Goticz and work with Mike Rude, who helped for releasing tracks. During in UK spent time he opened his own label, Lunatic Asylum Records UK. Lunatic represents dark, lively techno style, and releases talent unfamiliar artists’ music. When he came back to Hungary, learned digital DJ-ing with 4 digital deck. You can find his dark, energetic tracks on: Resorted Rec., Lunatic Asylum Rec. UK, Misdeed Rec., Bavaria Rec., ect. He worked with Exor Goticz, Damolh33, Loso, Feyser, Philipp Centro, Extra Dry, Matthias Korg J, Ronny Vergara, Tiefenrausch, Mike Rude, Uakoz, and many more. He always keeps his powerful, dark and dynamic techno style. BOOKING&REMIXREQUEST: edzel.live@gmail.com