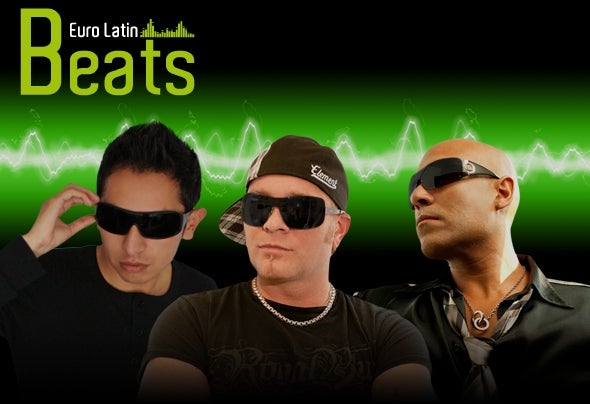 Euro Beats Latin is the new group that is here to stay! With a fresh and new sound, blending Latin with European style, the goal is to be a crowd favorite worldwide. Euro Latin Beats contents of great exponents of music such as Emmanuel Iglesias, Vocalist (CHILE), Andrew Velo, Dj/Producer (ECUADOR) and Andres Santo Dj/ Producer (SWEDEN), whoall have extensive experience and have been recognized worldwide thanks to their work. Euro Latin Beat was formed thanks to the Internet, where Andrew and Emmanuel get to know each other and start making music. Andres Santo, personal friend of Emmanuel joinsthis project and this is how the dream begins. Euro Latin Beats have released tracks like "Aqui calienta el sol" and "This is your time", that have reached the top lists and dance floors around the world. Their most recent work"Alejandra” featuring Marco Leiva, DJ / broadcasterat Okey FM Radio (Chile) and Rigo Fuego, vocalist of the group Crossfire, is already reaching the tracks and radios in the world. On its third day of going on sale it reaches the first places among the most popular and sold in various digital stores worldwide through label Planeta Mix Records(Spain) . Euro Latin Beats currently is participating in the compilation "JIDDRA MUSIK" where a portion of the revenue benefits young people and give them a better life without violence in Sweden. This album is released by Universal Records and Roxy Music Sweden. After a weekit is placed in fourth place in the best-selling compilation in Sweden and Euro Latin Beats contributes with two new songs "Corazon”and “As I Am". Euro Latin Beats, whoalready is part of many dance compilations, now begins to be recognized by many fans around the world and not to mention the great support of all radios in Spain, Ecuador, Venezuela, Chile, Peru, Sweden, USA, Mexico and so on.