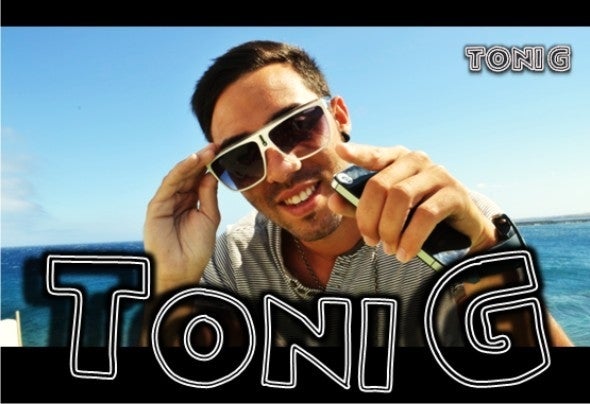 Toni G is a producer, remixer and DJ of electronic music, born in Las Palmas (SPAIN) in 1991. AS A DJ: He started in this world in 2006 forming a musical group (Colectivo Electroboys) with some friends, doing events in his island, attracting a good number of people. When he was 16 years old, played music with some of the best DJ`s of his Island. Along to his city hall, started to perform activities for young persons: popular and private parties, Dj and production courses, etc. This artist have played in many canary clubs, as guest and resident DJ, in islands as Gran Canaria, Tenerife, and Fuerteventura, in especial. In addition, he has participated in numerous private events (weddings, communions, university parties, rave…) in Canarias, and provinces as Barcelona and Menorca since 2006. Nowadays, Toni G and his group established a new events producer in Canarias called “WEPLAY EVENTOS”. AS A PRODUCER: This artist started to make music in 2009, signing his first recording contract with a United States label. Later, he started to work with international labels of countries as: Spain, Germany, Colombia, United Kingdom, Russia, etc. In the musical industry, he has released more of 70 own songs, with some remixes and cooperations of big producers and singers of different parts of the world. Also, He has participated in several compilations with artists of high wingspan. Some of his productions have reached the top of best sellers in important websites of music, sounding in local radios of different parts of world, appearing in charts of official webs of festivals as “White Sensation”. From 2011, Toni G began to release his songs in CD format by a spanish label company. Of important mention, is his appearance in various media (television, radio, magazines, interviews, websites, etc ...), and productions of "YOU MAKE ME LIVE" and "MUEVETE" video clips by filmmakers and professionals of the musical industry. In 2013, he creates a group of work with his singers, DCL and Iván Alcántara, with the finality of making shows and songs. Something very characteristic of this artist is his musical style, Indie, dedicated to all kinds of electronic music: House, Tech-House, Dance, Progressive House, Electro House, Deep House Club, etc, which forces to him to create a selection among different tracks when he shows their productions at a club or at a party.