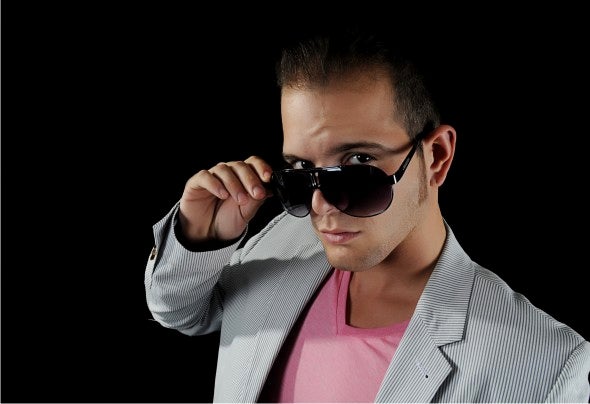 José Serón Zea. He was born on the 13th of October 1989 to a loving family, with musician as a father and a research biologist as a mother. His first encounters with music were at a young age because his father taught private piano lessons. At the age of three he recorded a kid’s music cassette for a nursery school with his parents. His musical studies started at a very young age and he has collaborated on various projects, like for example, playing the trumpet, the bandurria, the lute, piano and drums. His first encounters with electronic music were in the year 1992 at the age of four while electronic music was still in its infancy. He learnt how to use a mouse with the computer program FruityLoops that produced different riffs and combined different melodies. From the age of six he started shutting himself in his father’s music room to simultaneously combine keyboards and rhythm generators, old and notable for their eras (Moog in the 80’s, Elkas in the late 70’s, and drum machines in the 90’s) driving his family and neighbours. He always used his little sister for his experiments, either as a singer or as a dancer. He has studied piano for 12 years and is a musical composer and director substitute for various groups as well as an arranger, music and audio-visual producer, DJ and a conductor of an orchestra. Although his favourite instrument is the piano, his broad experience and years of dedication and study have led him to play perfectly wind, string and percussion instruments, and also play around freely with various styles of music, anything from classical to popular music. At the moment he is working on his own electronic music project, although this is not the only style that defines him. ‘Music for me is a universal language you can use to communicate with all over the world, thus, the more music styles you know, the more fulfilled you will feel in the art of expressing feelings and emotions’.