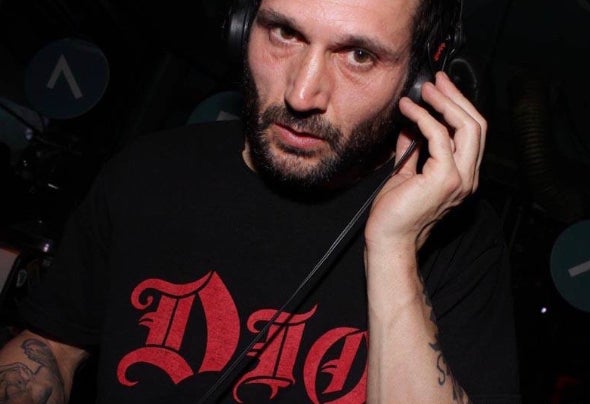 Manel Ruiz Lens, born in Barcelona, debuts in 1997 behind the decks of the mythical club Nitsa as Dj Ebola, right when Murmurtownlagloria collective swops place to Apolo theater. The next 6 years, he was resident Dj next to Fra, Borja and Pelucas of the itinerant club Moviedisco, sharing decks with many artists, European and American, that now are a great reference for new generations such as Jeff Mills, Carl Craig, John Aquaviva , L.F.O., and many more. Styles that embrace Ghetto House, Acid-House up to Intelligent (IDM), were the conducting trails of his sets.In 1999 he starts his production stage with his friend Jose Yeti, funding Neue Lärmklassiker, the project that would launch his first EP for the extinct label, Minifunk Records. A production career based upon more than 50 releases, from Ep’s, compilations, or remixes to his LP, and that doesn’t stick to any conventional styles, rather in uenced by a wide range of musical interests but with a clear trait... high melodic content and an evocative spirit. This has allowed him to work with labels such as Bedrock, Traum Schallplatten, Gigolo, Factorcity, Paradigma or Pong, collaborate with Felix Da Housecat, gig in the most respected festivals and clubs of the national scene (Sónar, Monegros, Moog, Offf...), offer his Dj and live sets in Beijing, Hong Kong, Bruselas, Paris, Seúl, Buenos Aires, Munich, Frankfurt and Berlin and being able to support one of his idols of the 80’s electronic pop musical scene at the Apolo club, John Foxx.