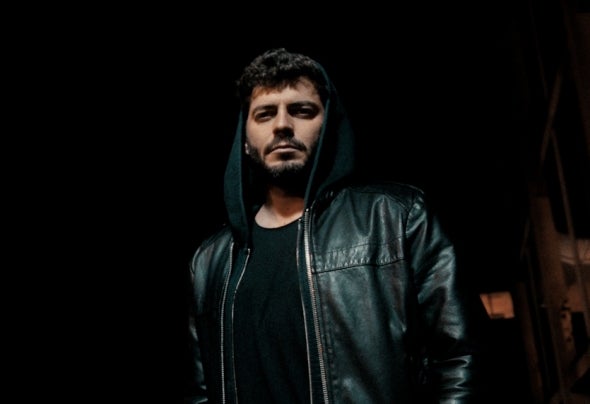 Ugoluna is the chimerical result of the dark depths of J. Ugo Laguna.Born in Caracas whilst living in many countries, this Spanish-Italian descendant currently based in London has been in touch with music from a very young age, raised on a musical background that varies within Rock, Punk, Pop and Fusion Jazz to even the darker edge of Industrial and Metal music, Ugo was enchanted with many musical instruments, particularly Drums and Percussion's, let alone being very faithful to these instruments even today.His first connection with Electronic Music started in the early 90 ́s from Drum n’ Bass, Jungle and IDM and then into the late 90 ́s with the whole Rave scene. It was in the year of the millennium when he branched out and stormed into the world of Production and Djing. As a live performer it became second nature to Ugo rewarding dance floors with his very own deep and uplifting style, which is very similar to his drumming sessions. Composing and re-creating groovy rhythms with rare complex structures which offer a wide range of suggestive landscapes, all this characterised by the most epic elements of sound has been the drive of Ugoluna ever since.His introspective productions with a deep and intense vibe were the key on his inclusion on Henry Saiz’s label “Natura Sonoris”, releasing his first EP “World Solo Take One” at its beginnings. The Natura Sonoris label started a musical landscape holding different artists that shared a similar vision, a vision influenced by different elements: the power of Techno with the precision of Minimal and the hypnotic structures of Trance let alone the evocative melodies of I.D.M.Since early 2004, Ugo has been offering various live sessions with many young, inspiring and established artists from the Electronic music scene throughout cities like Madrid, Dublin, Bristol, Caracas and London.