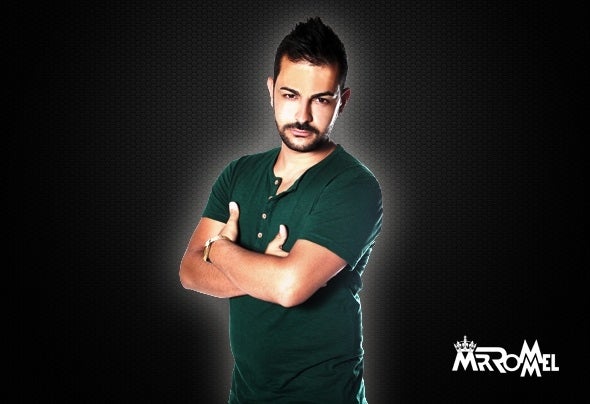 Rommel Cruz Sánchez better known in music as " Mr. Rommel " was born in Los Llanos , La Palma Island , Canary Islands ( Spain ) , on December 11, 1988 . Despite his young age is one of the most complete musical panorama producers . He has worked with artists such as Jhota Boy Color (Big Brother 12 Spain), Carlos Baute, Henry Mendez, Dr. Bellido, Cristian Deluxe, Guille Invincible, Ñengo Flow, Natalia (Operation Triunfo 1 Spain), CHK, MDS, Lion & Love, Foncho, Estilo Libre, etc ... Producer of such hits as : Un Beso (Jhota Boy Color), Quien Te Quiere Como Yo [Merengue Oficial Remix] (Carlos Baute), El Masaje (Henry Mendez), Me Vuelves Loco (With Cristian Deluxe), Por Siempre Sere Yo (CHK), Pa' Que De Mi Te Enamores (Guille "El Invencible"), Pierdo El Control (Foncho), etc... It started in the world of music as a DJ in 2003 with only 14 years of age, in 2005 he decided to start in the world of music production , and in 2011 began to create their topics also as a vocalist. His first single as a vocalist was "Shake Your Body Now" next to the MDS group, which has appeared in numerous collections with very good results . In early summer of 2012 I went on sale his first solo single , titled "Pa' La Piernita" theme from Electro -House style with some cuts and BreakBeat Dubstep. Another of his works for this summer was "Subelo" which was signed by the label "We Love Asere" record label artist "Juan Magán" and has been inducted into the prestigious summer compilation "CARIBE 2012". In late July 2012 I present the official remix of "Indómita" by the artist Cadiz (Sanlúcar de Barrameda, Cádiz) Natalia . In December 2012 she released her new single "Por Mis Huesos" which in just a few months was highly publicized in several countries like Spain, Portugal, France, Italy, Brazil, Puerto Rico, Colombia, Chile, Venezuela, etc. .. . In 2013 her single "Por Mis Huesos" was included in the compilation "CARIBE 2013" in Portugal and in the compilation "Volume 5 MYHYV The Hits of Summer 2013". He has been placed in prominent themes of social network representing the Latino Spanish TUENTI genre. It also reached No. 1 on multiple lists of radios. In early 2014 he presented his new single "Bien Dura" this time in the Reggaeton and which was included in the compilation "Reggaeton Hits 2014" in which great artists of this genre as were present : Juan Magán, Dalmata, Andy Rivera, Danny Romero, Plan B, J. Balvin, Farruko, Tego Calderon, J Alvarez, Arcangel, Ñengo Flow, Yandel, among others. In April 2014 this has presented his single "What 's Up " theme style progressive house internationally and was signed by the label "Only The Best Records" It was also included in the compilation "Hits Miami WMC 2014" It is anticipated that soon their new official remix to the "Mal De Amores" artist "Juan Magán" is released.