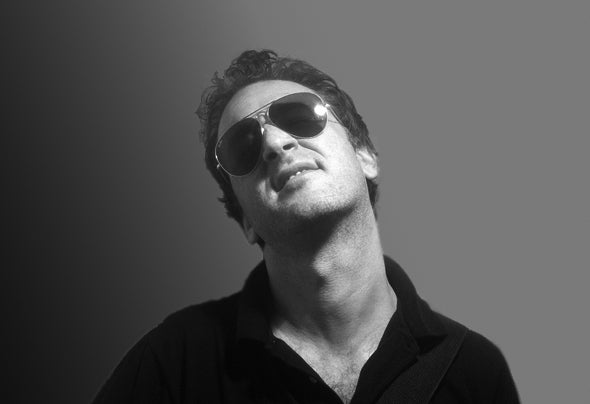 Acknowledged as a multi-instrumentalist musician, eclectic DJ and music producer, Cristian Lange contributes to an extensive variety of electronic music productions. His recent album “Waves in the Sky Above” includes a wide spectrum of music genres as house, deep-house, techno, minimal, ambient, tribal, electronic-rock and breaks. Over fifteen years, clubs and lounges around the world enjoy his sessions. In addition, he has DJing around major nightclubs for fellow labels as Force Inc./Forcetracks including Akufen, Dub Taylor, Luomo, SCSI, and many other great producers, one of the best minimal tech-house to date. In 2006, with the support of Isolator Studios, Cris founded the record label K47 Music, hosting his own music and releasing productions of new generation artist. In his first album “Crisis”, this artist reveals that is possible create electronic music and to be intimately involved in the reality of our time. Followed up by his best-selling EP, “Low Rider”, clearly demonstrates he is capable of fantasy and adventures too. The versatility of his second album, “Waves in the Sky Above”, states clearly the conscience, commitment and creativity. A little story that illustrates my point: Over one year, curiously, was possible to find Cris DJing rock/pop classics tunes from his vinyl records collections during afternoons in a famous Lounge Club near Hauptbahnhof Zurich, same as years ago he used to play jazz/soul sessions in some exclusive restaurant in Saint-Tropez, Paris or Stockholm and later, on the same night, he could be found playing an amazing minimal-techno DJ set in the best nightclub in town till the morning.To date, Cristian Lange has produced and released several EPs, two albums and many remixes and compilations: In the Morning (2006), Anaconda (2006), El Encanto -Room Remix- (2007), Trockenfutter -Miam Miam Remix (2007), Diolactol (2008), Sea Eagle (2008), The Diolactol Remixes - Parts 1 & 2- (2009), Crisis (2010), Low Rider (2010) , Invisible (2011) as ‘Viatone’ join K-Spi, The Best Of -Vol.1 & 2- (2011), Waves in the Sky Above (2012) and soon available Hora Cero.Cris began his career as a radio DJ-operator in Buenos Aires. He was studying electronics and continued his passion for the sound building his own gear and performing in different bands. Once he dominates mixing techniques playing every day as dj resident during 2 consecutive summers in main Barcelona beach, his career took a new turn as he became a busy underground DJ in Europe.In Barcelona, Cris co-produced two big events with the most revered labels names in the German scene: Kompakt, Studio 672, Substatic, Treibstoff, Forcetracks, Pokerflat and Regular. In 2003 he performed at ‘BABA’, an event for 'New Creators Festival' held at the Center for Contemporary Museum in Barcelona (MACBA) which was part of the *Year of Design 2003* at the CCCB. Cristian resides in Zurich, Switzerland.