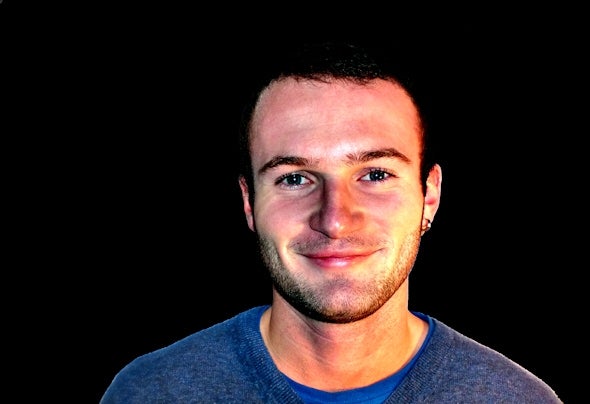 Tobias Kimmel comes from the beautiful Wangen im Allgäu near the Lake of Constanze (Germany) and produces electronical music (House, Electro and Club) since 2007. He gets his musical influences from different countries like Spain (Barcelona, Lloret de Mar and Calella), Austria, Switzerland, Italy (Lake Garda, Venecia), Bulgaria (Sunny Beach) and Germany. Everything started in the year 2001 with Daft Punk: MTV demonstrated Daft Punks hits like “One More Time”, “Aerodynamic” and “Harder, Better, Faster, Stronger”. This style caught him immediately. TK recognized that he had to groove by speedy beats and deep basslines. The next big step was the school journey to Calella (Spain) 2007: Hits like “Please Don’t Stop The Music” of Rihanna, “Show Me Love” and “Arabian Adventure” of DJ Antoine, “Love Is Gone” of David Guetta and “Satisfaction” of Benny Benassi, which had been played in the club “Turisme 35″, impressed him so much that he decided to produce his own music. He started to produce techno tracks with Magixs “Music Maker”. In the end of 2007 TK published his first album “Dj Kit – Dream“, which 18 tracks were arranged and mastered with “Music Maker”. Since 2008, he uses “Fruity Loops 10” of Image-Line for the arrangement and the “Oxygen 8″ midi-controller of M-Audio to input the melodies. TK published his second album “Dj Kit – Peace” in the end of 2008. The eleven techno and dance tracks contained as from now house and electronical elements, too. You can get his third album “Dj Kit – Life” online at well-know musicstores since december 2009. Since 2010, he gets his inspiration of the three guys of “Swedish House Mafia”. TKs track “Facing You” was published on several compilations and Beatport.