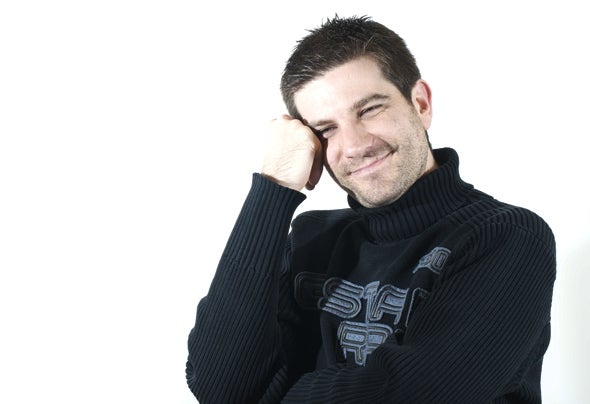 Dj Haro is a dj, producer, remixer coming from the Bordeaux region. He took his first steps behind the decks through Hip Hop in 1995. Having tasted the Iberian wild nights during numerous trips to Spain, he began to move towards electronic music in all its forms and particularly to House and Tech house. He decides to give up Hip Hop to focus exclusively on the electronic culture that passionates him. At the end of 2001 he decided to settle in Vigo (Galicia) in northwestern Spain and strives to integrate the environment of djs locally recognized. After a few months mixing in every parties, he finally reaches the recognition of peers and then forms the collective NU Project. This group then gathers the best house and techno DJs from Galicia and allows him to mix in Spigon, Minimal moon, el milagro, as well as in numerous events organized by the latter. His devotion to work and his musical ear will enable him to obtain and combine two residences: the Zoom Club (Vigo) in 2002, which was undoubtedly the most popular After Galicia at that time, then it gets residence and the artistic direction of ADN (Puenteareas) in 2003. Thanks to his two homes, he could then mix with national and international Dj's such as: JL MAGOYA (Madrid, Spain), TONY THOMAS (SOMA REC., UK), PELACHA (Madrid Spain), Carlos MANACA (magna Recording Portugal ), JUAN DIAZ (Pacha Ibiza), Oscar de Rivera (Spain stereo-productions). In 2005, back in France, he decided to create a business by opening the first dance bar Angoulême (16) "Before". With its establishment, he continued to distill his music and his Iberican groove to all lovers of electronic music. It enabled many DJs from the local scene to play, and invited artists like : Low Key (Goog record_69) Fanox (Sooruz) (17), Dolphin (34), E-Swat (44), Jawa (Jawa record_33 ), Jean-Luc Delétage (Felja rec_16) ... In parallel to his activities and dj bar owner, he started producing tracks. In addition to his solo productions, he started with his friend Gerald Henderson, to produce songs in common, they also created a radio show called Angouleme Underground on the local radio FM Attitude (16). These years of collaboration have lead them today in remixing artists such as Mario Calegari & Ray Briones, dj Vandersames and releasing an original on Stereo Miami Sampler 2011. 2011 is also the year of Undergroovy Productions, the label they created together which will come up very soon.