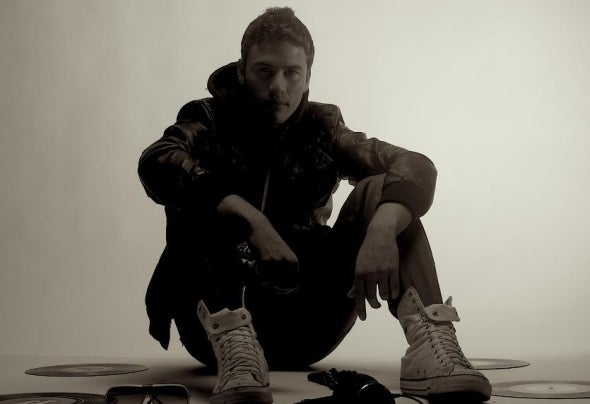 Juan Jose Archila born in Bogota, Colombia in 1989, has been captivated by all kinds of music from birth. During his childhood, Archila enjoyed the very simple, yet amusing sound of the drums. In pursuit of his musical adventure as a child, Archila turned to the guitar to venture into new dimension of sounds, as well as many other instruments. But musically Juan felt empty. No instruments, or any sort of musical genre explored by him was able to catalyzed love, or quench his musical thirst until 2007. At the age of 18, Archila traveled to Miami, the City were he found his musical passion for Electronic music, and never looked back. He has been sharing his talents with the world since 2009. A short carrier that is rising very quickly, Archila says that performing live sets, and creating music is his vocation. "Vocation is the point were talent and passion cross together". Archila defines his style of music as Percussive Techno, and is proud to share with the world that he has been part of the Underground Musical movement in Miami for the past years. Archila has unbelievable talent behind decks; his ability sense the energy from the crowd, and nourish it into his sets is astonishing. Juan has played along side many other artists such as Tato (circo loco), Jesse Perez (hot creations), Lati (cocoon), Space residents Renato Lopez, Hillary Warner, SpinnZinn, Michael Gallego, and many others. He has been part of numerous events all around the south of the Sunshine State, hosted by important promotional companies, and locations such as; Living Room, Nocturnal, Exit 66 pool party, The Cove Miami, Mekka Miami, Sand Bar Fort lauderdale, Santa Diabla Miami, Eve Miami, Trio on the Bay, Villa 221, BIG TREE music festival, IllBacio , Delux Caf, the Electric Pickcle, and The Station Miami. He currently has releases with two evolving Miami labels (Urbanized /Kozkura Records), and Resident of The Station. The Station is a new underground venue that has been making lots of noise lately. Bringing artist such as Seth Troxler, Guy Gerber, Tato, & Gel Apri put this venue on the map, not only locally, but globally.Juan Jose Archila a rising talent, with a deep love and passion for Electronic Music.