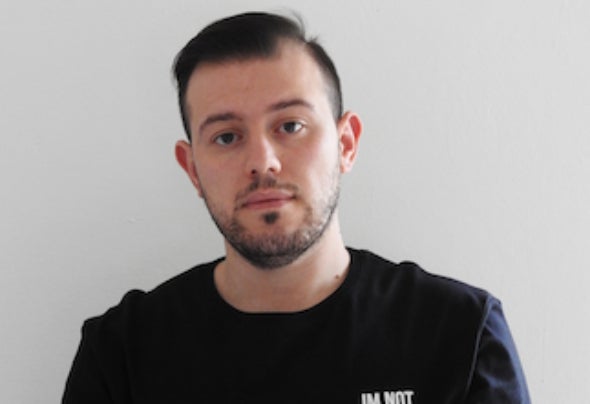 Alex M. Alessandro Mugnaini, was born in Pietrasanta on November 18 1988. He approaches the world of music since childhood fascinated by an environment rich in strong emotions and fun.Growing up he decided to get involved and began to play, thanks to the support and encouragement of friends who urged him to take the situation with a different point of view, seriously.During his musical experience he has the opportunity to play in famous places of Versilia, Kama Kama, House music icon, and Frau, but also was the special guest Rooms in Florence and Genoa for the event Click Me Off. At the same time,Alex has begun to devote himself to the production of his records, with various shades of sounds succeeded in obtaining releases on labels such as Monique Musique, Not For Us, Waldliebe familien, Four Fingers Hand, House Beats Records, agua y sed.His Ep of success is undoubtedly Moving The Sun, released on August 29, 2011 on Monique Musique, with Cesar Merveille Remix, supported by many work famous Dj, passed on BBC Radio by Pete Tong on his program, (http://www.bbc.co.uk/programmes/b013wk1k), it was played by Flip at Sensation White (http://tracklistings.forum.st/t22442-sensation-innerspace- denmark-2011-20111029-copenhagen), present on 288° Episode of “La Factoria” Radio Show of Wally Lopez (http://www.wallylopez.com/episode- 288/), charted on beatport "A Weekend Of Music - Friday House" (http://www.beatport.com/chart/a-weekend-of-music-friday-house/39278), passed on Ibiza Sonica played by Andy Baxter (http://www.facebook.com/note.php?note_id=265678476776331), present in the Top 5 on Radio Underground Deea from 12 -09/18/2011 (http://www.radiodeea.ro/phps/chart/singles/TOP_5_UNDERGROUND_12_- _18_Septembrie_2011/), and it continues to get good feedback.His genre is characterized by sound house, deep house, techno, techouse.