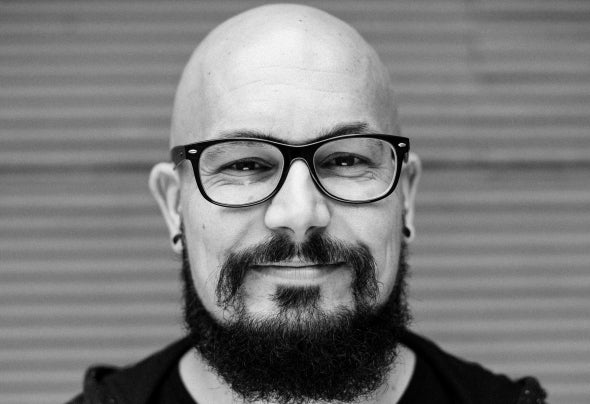 The character of an individual is usually shaped by experiences, impressions and incidents. Those external influences areprecisely the indicator of what makes one different to others. This is no different in music. Here as well, one experiences differentphases and continues to develop. This development or result is the so-called own character or style of this artist. The Mannheimbased DJ and producer COPYRIDER embodies exactly this - the personal touch, that certain something, that distinguishes himas an artist from others. Influenced by the scratchy sample beats of the 90s Hip Hop culture, COPYRIDER is also well versed inHouse music, which he has called his homeport for a long time. His sets are characterized by groovy beats and oppressivebasses, loosened up by the right pinch of harmony. COPYRIDER knows how to combine partly pop melodies with technoidelements and creates a vibrant mix that moves someone to dream. In his hometown Mannheim and beyond, COPYRIDER hasmade himself a name that people recognize. Whether through his party series “Oh Captain, My Captain”, which drawsenthusiastic ravers onto a boat every Summer to sail along the Neckar towards the sunset, or through his guest appearances inclubs - such as Loft Club, Soho Mannheim, Ozon Pforzheim, Zenith Munich, Bukowski Heilbronn or Berlin Postbahnhof -COPYRIDER lives and loves music. Besides being a DJ, the artist is also involved in his own productions – and this with success: His track 'Amsel', released in 2017on 'Beans & Bacon', did not only make it into the Beatport Deep House Top 100, but was also supported by 'Maya Janes Coles'and 'Marc DePulse' in their charts. COPYRIDER current “Journey EP” on 'Ametist Records' celebrated two premieres at once: Onthe one hand it premiered on the Swedish blog 'Deep House Sweden', and on the other hand simultaneously on the Belgianplatform 'Tanzgemeinschaft'. Again, COPYRIDER made his way into the Beatport Top 100 with this release.