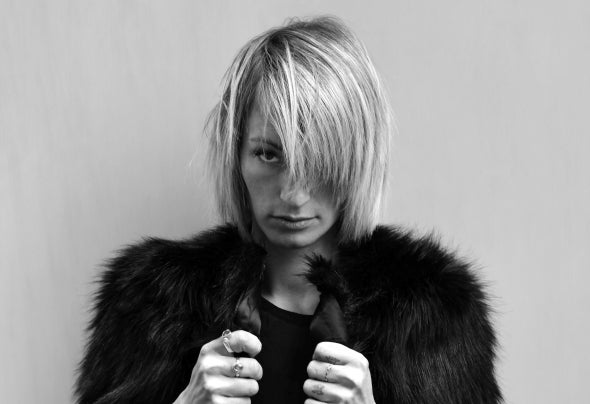 Her name popped up suddenly, seemingly from nowhere, in mid-2018 when she started working closely with the Jannowitz Records crew in Cologne. It was only a few months later that Rachel Raw had already set up her very own label, Jannowitz sister Jaw Dropping Records. But that was not enough: She kickstarted her DJ career the same year, not giving a damn about industry standards or trends. No, Rachel Raw and her sound are unique. Her style is de ned by deep and mysterious beats with a sexy touch. Melodic and funky, playful but straight-forward. Rachel Raw can’t be categorised easily which in times of hundreds of different Beatport categories is peculiar. But that’s what makes her special and what has already caught the attention of some of the biggest clubs in western Germany.She shared decks with the likes of Magic Cacoon and German legend Frank Sonic which led to her first international gigs: An all night long performance at Wöschi in Switzerland and a show at Härterei and Tante Pinte in Zürich - this nights she shared with her partner in crime, BOHO, who has been a constant supporter of hers and was the one initially believing in her musical talent and vision. It was back then when the 29-year-old realised what joy and ful lment sharing the music that she holds dearly in her head and heart brings and when she decided to express herself not only at home but in front of complete strangers. A task that in the beginning seemed dreadful but became totally routined after her rst appearances. She celebrate her very rst record on the 3rd December 2018 in collaboration with BOHO, called “Nicer Dicer”, which will be released on the main label Jannowitz Records. She is also ready to climb up the charts ladder. “Music has no boundaries” is her message to everyone who ever gave up hope in the underground music scene. Get ready for a woman with a mission, that is to break with trends and labels and to unite music lovers from all different genres and categories.