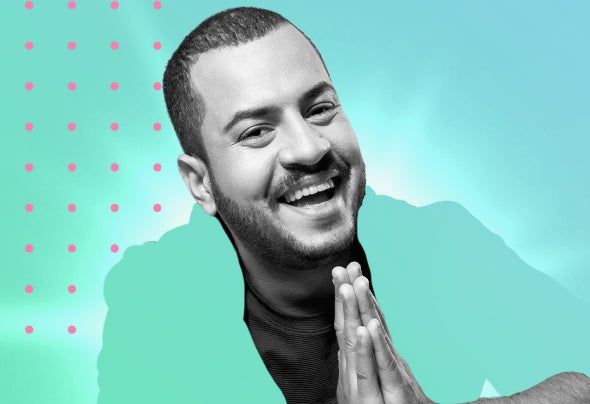 For FlexB, authenticity is the rule, never the exception. Having conquered an eclectic mentality that only long baggage of dedication to music can allow, it takes only one play of his productions to realize the different combinations that have made him a reference since before this scene was a hit. That's what moves and will always move this artist: the audacity and challenge of looking for different sounds, while still carrying the fundamental grooves of tech and bass house. His road experience can explain what this “joy” of FlexB in producing and DJing is, as he became a DJ at 14 and started producing at 16, without classes, putting on a lot of effort! Since then, he has been rocking clubs and festivals throughout Brazil and around the world, standing out at the 15th anniversary of XXXPerience, Universo Paralello, Soul Vision and Green Valley, as well as passing through Mexico, South Africa and Mozambique. You may know him through the hit “Baby I’m Boss”, released in 2014, that reached the ears of Amine EDGE & Dance, duo that made the track travel through the dance floors all over the world in the following years. Still to this day, Ronaldo has been increasing his track case adding desired labels’ releases through any dance music producer: Austro/Som Livre, Box Of Cats, UP Club Records, Sublime Music, Brazuka Music, Muzenga Records, Alphabeat Records and Warbeats Records — all while running his own labels Digiment, Brazuka and Abstract. Among more than 250 productions released is an album of collabs with Gabe, Gustavo Mota, Gabriel Boni and TouchTalk, showing that friendship is also a very important feature in his life. Through connections, empathy and respect, FlexB continues to deliver some powerful energy, on the dance floor or in the studio, reaffirming his role as an experience creator.