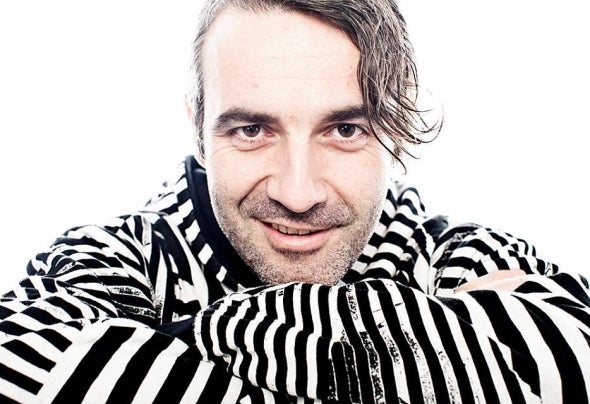 // The Artist //Few people in the world can actually claim title of DJ, producer/remixer, artist, label owner/entrepreneur and party- maker all in one breath . . . and even fewer can master all of these roles at the same time . . . Tolis Q of Athens, Greece has done just that meanwhile having established himself as one of the industry’s most distinguished and hardest working individuals around the world.Born as Apostolis Palantzas, presently known as “Tolis” who’s first love for music is transparent through his devotion to his calling; the reward comes in the shape of success having produced and signed tracks through his label Quantized music which have been supported by some of the world’s cream of the crop.Tolis knows his way around music. He knows the craft of selection. He knows what he likes and what feels on the dance floor and translates that into his everything he does with music  albeit DJ sets, with the Quantized label, or the sounds he’s using in his next release.Regarded all over Greece for DJ sets bursting with euphoria, style and attitude, always unleashing his potential with powerful dance floor sessions that serve as both unique and unforgettable experiences.With a full discography of productions, collaboration projects and remixes to his credit, Tolis’ brand of sound delivers sultry grooves, pulsing deep baselines, and intensely energetic tracks that work magnificently in the hands of DJs as well as big sound systems to the swankiest of lounges all over the globe.Tolis early productions and remix work caught industry eyes and ears – a remix for infamous such as Jim Rivers was signed on the Global Underground label (famous for it’s predominance at the helm of the 90’s dance music explosion). Along with other remixes and collaboration projects that found their way into the catalogues of some of today’s most noted labels signed onto emerging labels such as Rebirth, ACDC, Presslab and Kumquat Tunes.// The Label //In late 2007, Tolis and his partner Alex [Lex (Athens)] founded Quantized music – both a label and platform that’s now transpiring as one of the most solid forthcoming imprints on the market.Quantized serves as an outlet for Tolis’ own productions and showcases some of the hottest fresh producers on underground dance music scene that hasundoubtedly built a name of high-caliber under Tolis’ expertise. // The Future //Ambition and passion makes everything he’s accomplished thus far, the starting point for the next step. Tolis humbly accepts his appointed role for leading a pack of talent in the underground scene.Heading into 2014 the momentum that’s already been simmering is showing no signs of stopping. With a commitment to stay true to his love for the music, and a push for the future, the best of Tolis Q is still yet to come . . . – J. Hill, T he Writing Studio NYC © 2013