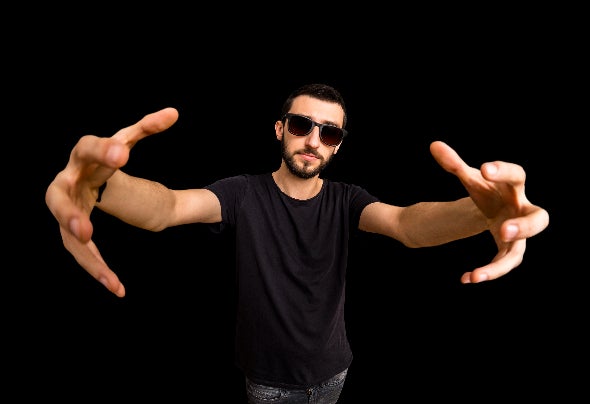 Droplex is one of the most successful genre defining producer from Hungary, hisversatile style and skills which allowed him to pioneer in various genres such as Techno,Minimal, Psytrance brought him to several times to the Number #1 place on Beatport charts. He has won the ”Talent of the Year” (2015) and the ”Underground Dj of the Year” (2015,2017)awards three times in Hungary. He is the creator of Melodic Minimal genre that has inspired numerous other artists as well. His tune ”Dance” became the Number #1 hit of the Minimal Chart and stayed there for over a year and under his another alias ”Breech” his track Destiny had the same success on Beatport for more than three months! He has had more than ten tracks which climbed into the Top 10 and more than four tracks which have reached the first place on Beatport charts. He has been the strong pillar of famous festivals like Ikarus, Echelon and also the only hungarian dj at underground german festivals. He has had gigs in the biggest countries in Europe and has been to Australia several times. He is the visionare and headliner of the notorious partyseries ”Insomnia” which became one of the best sold electronic events in Hungary. It has started to expand due to its success to another countries as well and has worked with names as Vini Vici, Boris Brejcha or Neelix. Renowned artists like Martin Garrix, Jordan Suckley, Diplo, Tocadisco have played his tunes and he has been in line-ups with such names as Carl Cox, Richie Hawtin, Solomun, Boris Brejcha, Vini Vici, Neelix, Deborah de Luca, Marika Rossa, Timmy Trumpet, Carnage, Will Sparks and the list goes on. He is relentlessly experimenting on the edge of Techno, Minimal and Psytrance and setting up newer goals as a result of the growing success of his music. His aim is to spread this unique genre to regions where it is still unknown so people can experience the deep and dynamic atmosphere of Droplex’s sound.