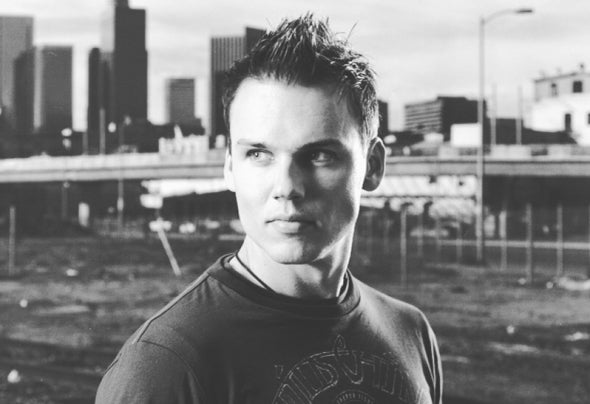 “I don ́t care about musical genres - music has to be emotional.“ German producer, DJ and songwriter Kai Tracid, known since the mid-'90s for pioneering the combination of Trance and Acid and his record label "Tracid Traxxx", is back! His sound is always straight forward and essential, often using the Roland TB 303 to produce hypnotic ACID odysseys combined with a strong emotional melody part. In the early 90s, the self-taught musician worked for Frank Farian, with whom he learned a lot about mixing and producing. Platinum and Gold records were the result. Kai Tracid had his national breakthrough in 1997 with his rst single Your Own Reality. His international breakthrough came the following year with the release of the song Liquid Skies. Both tracks later appeared on the debut album Skywalker 1999. Songs from Tracid’s second artist album Trance & Acid are still played worldwide by renowned A-list DJ’s, some 18 years after their original release. These include the single Life Is Too Short; his rst Top-10 hit in the German Single Charts, Too Many Times and the timeless Trance & Acid. Armed with a ne ear for both underground and festival Sounds, his DJ skills saw him performing at some of the world’s top- event venues such as Timewarp, Tomorrowland, Parookaville, Creamelds and Dreamstate. With three artist albums to his name already, keep an eye out for the forthcoming 4th Kai Tracid album!